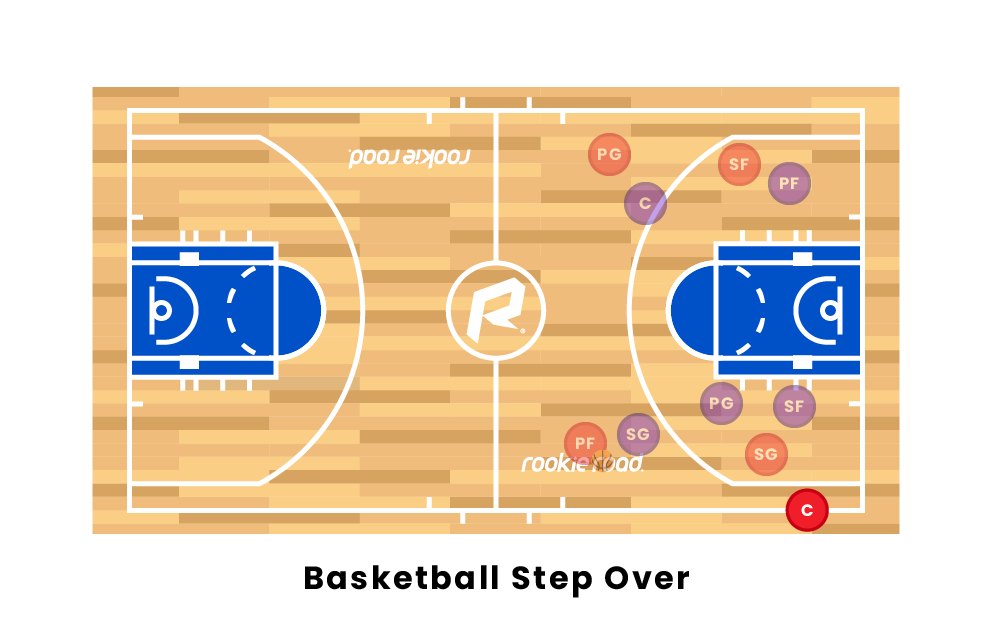 Players step over others when a play such as a crossover or a poster dunk, plays that may leave the defender on the ground. Following the play, stepping over is a way of player to assert his dominance over the opponent, as demonstrated in a previous play.

One of the most famous step overs in basketball history was done by Allen Iverson during the 2001 NBA finals, where Iverson's 76ers faced the Lakers. Iverson was tightly guarded by Tyronn Lue, but still managed to shake him off his stance and hit a difficult corner shot. Lue ended up falling on the ground right at Iverson's feet, who then stepped over him in what became one of his most known career moments.

Pages Related to Basketball Step Over