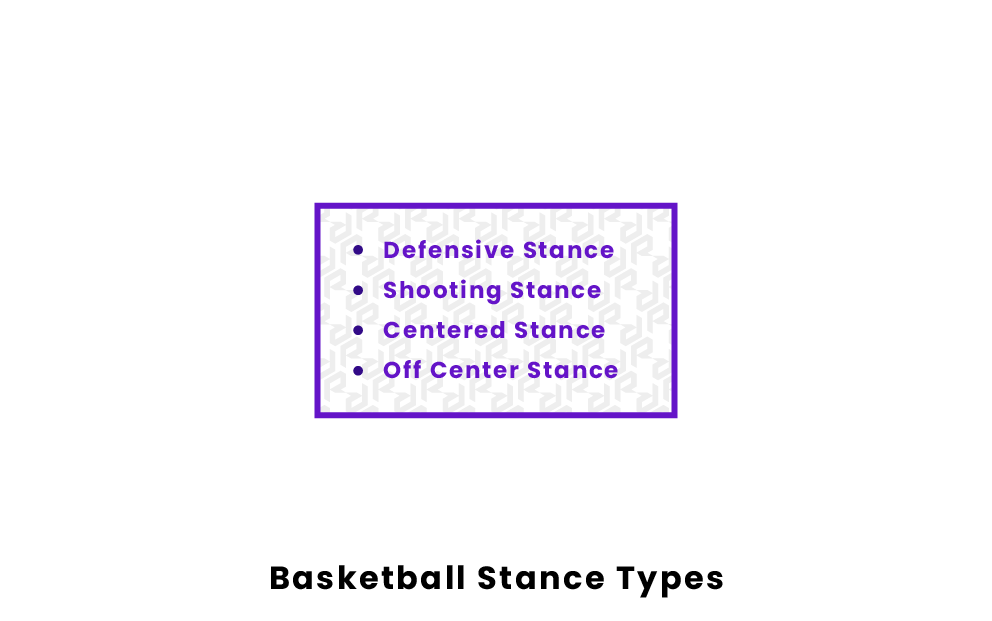 In basketball, the way you are standing is considered your stance. That takes into account the distance between your legs, bend in your knees, and where your weight is being planted.

Throughout the sport there are different places where stances are seen. Most commonly the phrase stance is used to describe a defender, but it can also be referencing a shooter on offense.

Defenders are taught to get into a “defensive stance” when guarding someone with the ball. For starters, that means spreading your legs so that they are a little more than a shoulder’s width apart. On top of that, the knees should be bent and ready to propel yourself in any direction. Finally, once everything is set up, your arms should be stretched out to limit the passing and shooting lanes of the offensive player.

Another time when a stance is important is when shooting the basketball. Once again there is a focus on the lower body, and balance is critical. When you shoot, your knees should be bent and about shoulder width apart. There isn’t one single shooting stance, and there are variations based on the direction your feet are pointing.

The most commonly seen and taught shooting stance is the centered stance. It involves lining up your feet to point towards the basket. That way your body is lined up facing the basket and it makes it easier to aim. Building off of that you can either stagger for feet or have them be parallel to each other. Either is acceptable and can be chosen based on comfort.

While it isn’t taught, the off center stance still finds its way into organized basketball. In this stance, the feet are pointing away from the basket, either to the left or right. Aiming is harder like this, and if chosen, a player must work even harder to master this stance. However, it is possible to be a great shooter, as shown by former MVP Kevin Durant.