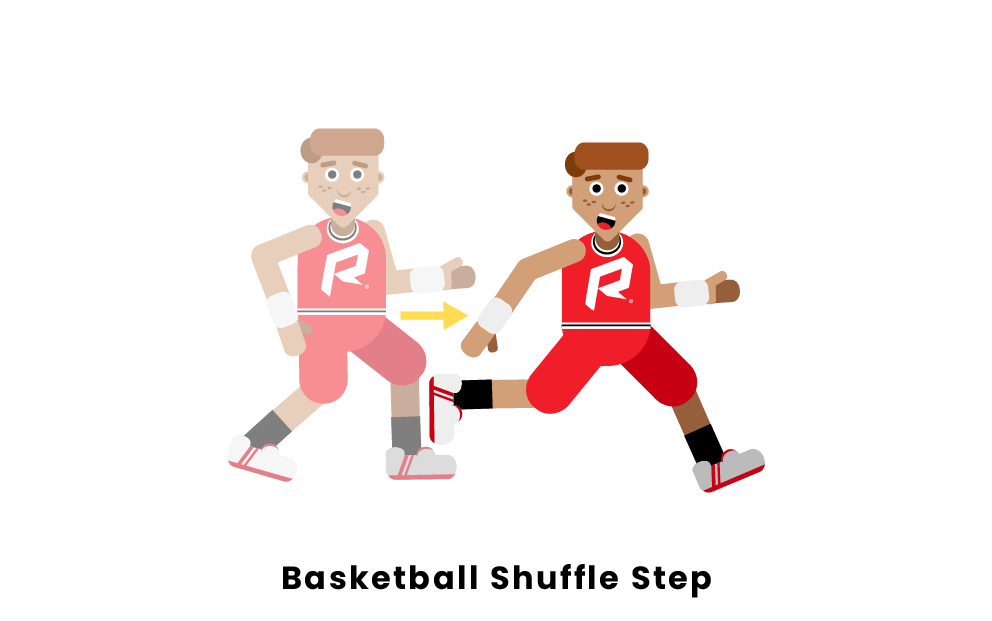 The Basics of the Shuffle Step

The shuffle step in basketball is a term that describes one of the main defensive forms used to stay in front of the defender, shuffling or moving side to side quickly. The defender can shuffle or slide to stay in front of the ball handler in front of them effectively and contain the dribble as best as possible. This can be closely tied to a need for lateral quickness as shuffling or sliding laterally needs to be fast or it will not be effective so training to be the quickest laterally will create the best perimeter defenders possible.

How the Shuffle Step Transfers Across Defenses

The shuffle step when practiced correctly is very difficult to drive or dribble around at any level. By staying low, keeping the body wide to fill passing lanes, and staying close enough to contest or stop perimeter shots a defender can limit the offensive ability of any ball handler. The shuffle step is usually most known as being used in man-to-man style defense but it is also a vital part of the zone defense especially for defenders playing up high in a 2-3 or 3-2 zone. So, anyone who has to guard a ball handler utilizes some version of the shuffle step no matter the defensive alignment.

How the Offense can Counter the Shuffle Step

A good ball handler can counter a good perimeter defender in a couple of different ways. By utilizing ball screens, it can slow perimeter defenders down and sometimes force switches creating mismatches for quicker ball handlers now on slower, bigger defenders. If a defender who uses the shuffle step on defense to stay in front does not take good angles, a savvy ball handler can exploit this and use crossovers or spins to make the defender off balance and get by him moving towards the rim now in a mismatched situation for the defense.