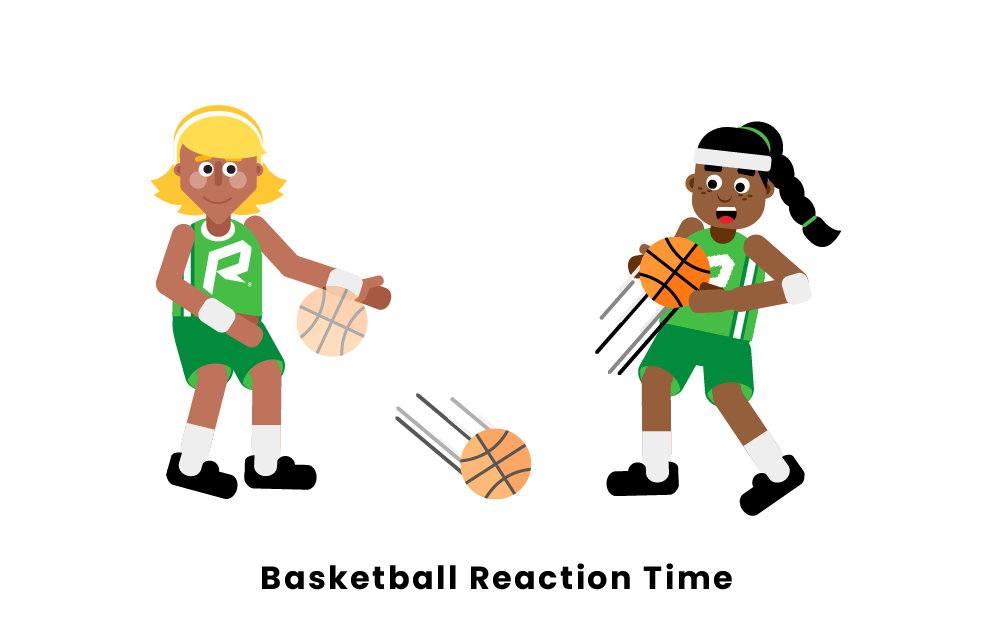 In basketball, reaction time is how quickly a player can react to a stimulus, movement, or action.

This is important in basketball because plays can happen within a split second and you have to be ready for anything! Having good reaction time can help you win a game with a buzzer beater or stop a game-winning shot from going in.

Why Reaction Time is Important

The difference between making an on time pass to an open teammate for a basket and a steal by a defender that's going the other way for a fastbreak is reaction time. Not only is it important for passing, but also for shooting ability, because a quick release on a shot means less of a chance at it being blocked.

An added reason to master a quick reaction time, while on offense, is the shot clock. The shot clock only allows you a certain amount of time to get a shot off and teams will occasionally lose track of time. You have to be able to adjust to the shot clock as quickly as possible, whether by taking a last second shot or passing the ball off more quickly than originally intended.

Reaction time can be important on the defensive end as well, with players reacting to a pass by the offense and getting a steal for their team. Players should look for even the smallest adjustments in an offensive players' movements and react to what they see is about to happen. If the offensive player starts to turn his or her hips, you should already be moving in that direction to prevent them from driving past you.

Basketball and speed training coaches will often take time to improve a team's reaction time. By working on agility drills and improving the quickness of your movements, your reaction time will get faster! Even learning a talent that requires hand-eye coordination and quick thinking, like juggling, can be a stimulant that allows you to think quicker and react faster.