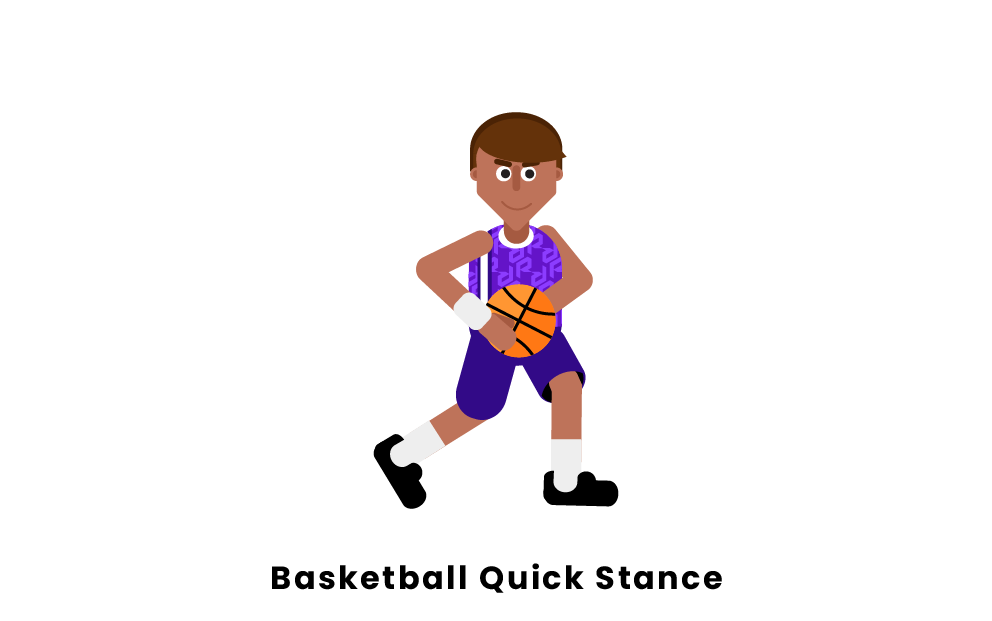 A quick stance in basketball is a position in which the ball handler gets, once he gets the ball. The quick stance is also widely known as a triple threat stance, as it allows the player to shoot, pass, or drive quickly, all depending on what is better for that moment. The quick stance is one of the most basic fundamentals in basketball, and should be taught to basketball players as early as possible. In a proper quick stance, a player's feet are spread around the shoulder width, with the weight properly distributed, and an established pivot foot. Knees should be slightly bent, allowing quick movements when running or jumping. The ball must be held with two hands, in a shooting form, which facilitates a quicker release if the player chooses to shoot.

After players learn how to get into the quick stance, and what are the main options after it (pass, drive, shoot), they must know which is the right option. Therefore, a quick stance must be done facing forward, in a way to see his or her teammates, and the defenders as well. Together with practicing the stance itself, players must also practice their footwork, as it will allow them to make the best out of the opportunities that the quick stance provides.