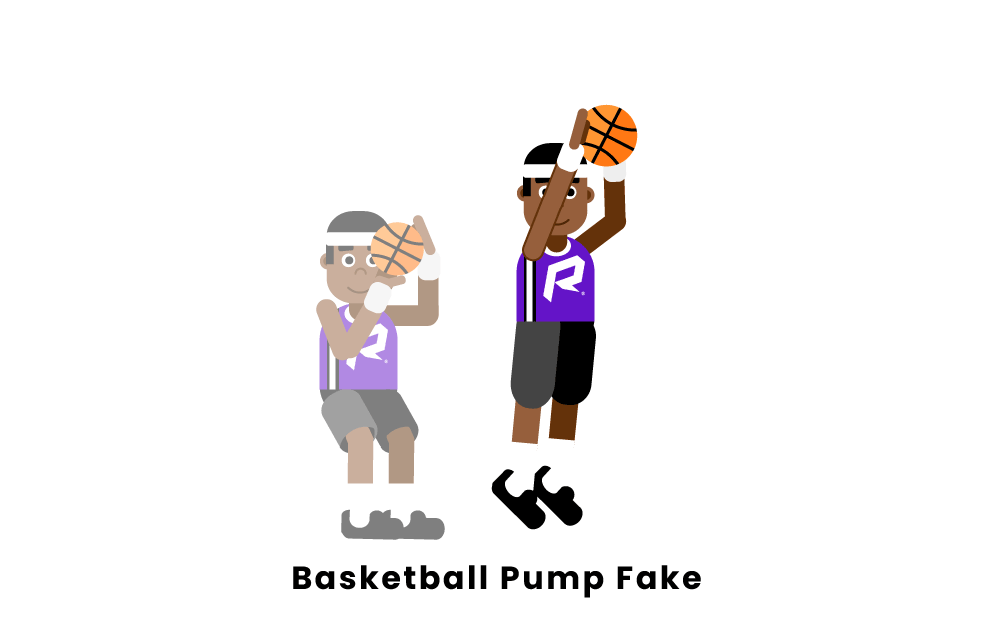 In basketball, a pump fake, or shot fake, is a fake shot attempt. It is a move used by an offensive player with the ball to get his/her defender off balance, off the ground, or generally out of the way. If a pump fake works, then the offensive player will have an open window to shoot, dribble, or pass the ball.

A pump fake starts the same way a jump shot does. The player bends his knees and brings the ball up from the shot pocket. Once the player has brought the ball up to his eyes, he stops the shooting motion. From there, he reads the situation and decides what to do next.

The most effective pump fake is one that will confuse the defender into thinking the offensive player is actually going to shoot the ball. As such the pump fake should look exactly like the beginning of the player’s shot. A good player will bring the ball up quickly, show the ball to the defender, and look at the basket, showing his eyes in order to get the defender to lunge or jump.

How To Use A Pump Fake

A pump fake can be used anywhere on the court, but is most believable when used within the shooter’s range. When used on the perimeter, a pump fake can create space between the offensive player and his defender. This gives the offensive player the opportunity to drive past his defender for a mid-range or close-range shot. A pump fake can also be used to sidestep or step back from the defender in order to take a long range shot. Moreover, the shooter can start his shooting motion again to draw a shooting foul from the defender who is no longer in control of his body.

Closer to the basket, a pump fake is still used to get an open shot. Offensive players with the ball can often combine a pump fake with certain moves, such as an up-and-under or a pivot into a fade away shot. These moves can be used to, again, draw a shooting foul, or to maneuver around a defender for a better shot.