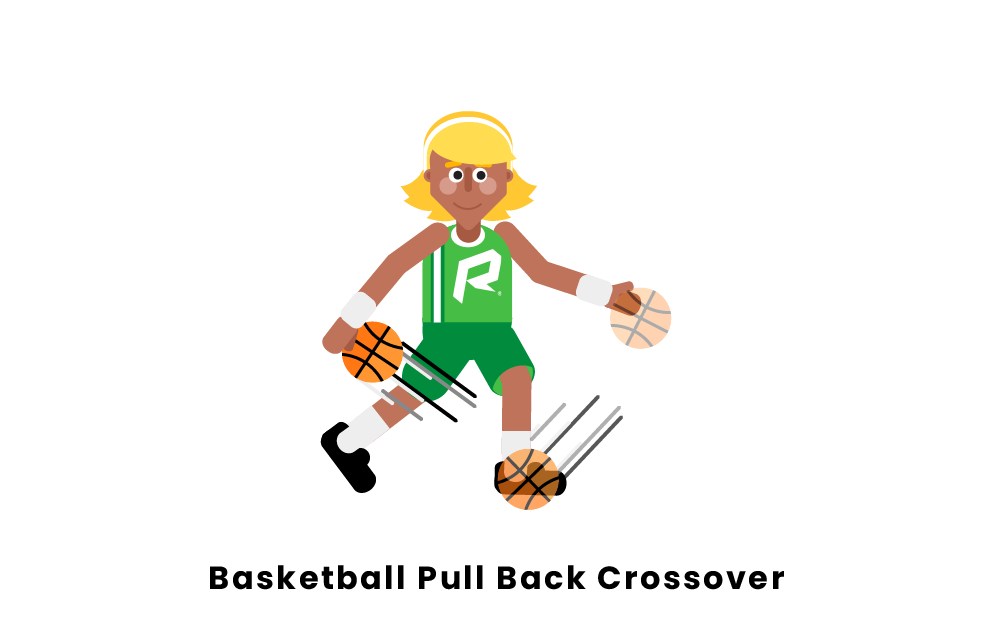 In basketball, a crossover is the act of dribbling the ball from side to side. There are several different variations of the move that can be used during a game. One of the different types is known as the pullback crossover dribble. Instead of a side to side crossover, the ball handler will pull the ball back towards their body.

How to Do a Pull Back Crossover

There are two things you want to keep in mind when doing a pull back crossover. Number one is the actual act of dribbling the ball back. An easy way to think about it is if you imagine the ball is a yo-yo. It must be dribbled in front of you and then pulled back. The next piece to keep in mind is your transfer of weight. If you were to just pull it back you would not be able to fool the defender. You need to make the defender believe you are about to go forward, and then you can pull it back.

Once you've mastered the basic steps of performing a pull back crossover, you can begin to perfect the move. Some things you can think about are where your eyes are looking and where your body is turning. Both head fakes and body fakes are useful for misdirecting the defender, and leaving them guessing as to where you are going .

Some famous basketball players have employed the pull back crossover as their personal signature move.

God Shammgod, a basketball player during the late 90's and 2000's perfected a move that revolutionized the crossover. Shammgod baffled defenders with a one handed crossover that is best described as a snatchback. Shammgod would leave the ball out in front of him only to quickly pull it back at the last second.

Chris Paul, point guard for The Oklahoma City Thunder is a nifty ball handler. He is able to maneuver around defenders and create his shot. One way he is able to do so is with his signature move, the pull back crossover. He drives to the basket, but stops on a dime and dribbles the ball back to create his shot.

Dwyane Wade has made defenders look silly many times during his 16 year career. Wade used the pull back crossover to do so, putting his own touch on it as well. Similarly to Paul, Wade would act as if he were driving towards the basket, only to stop, pull back the basketball, step back and shoot. His own flair on the move was that he would send the ball through his legs while pulling it back.