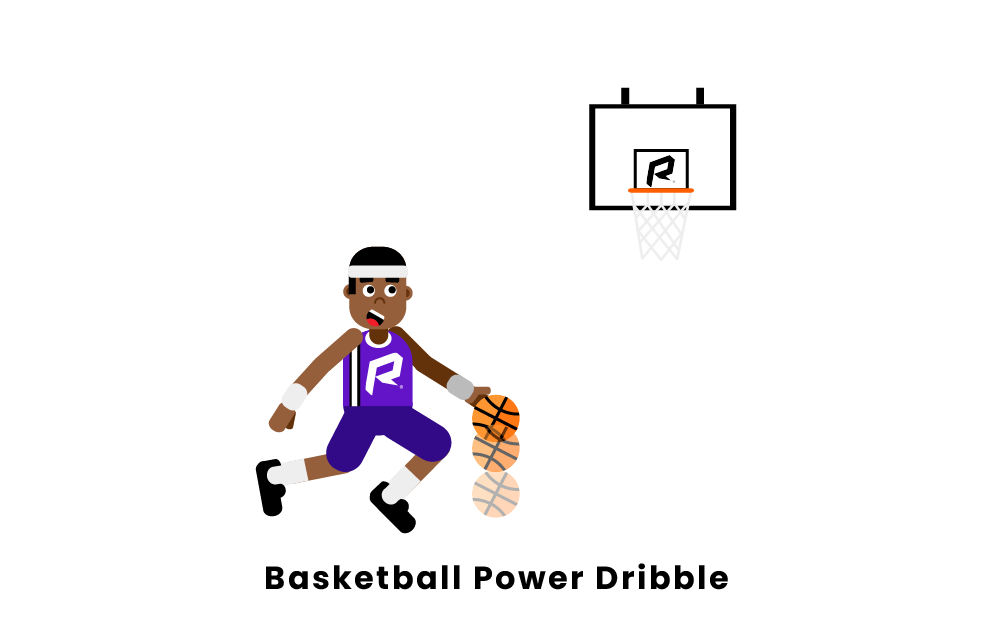 A power dribble in basketball is when a player forcefully dribbles the ball and drives to the basket.

When is a Power Dribble Used?

In most cases a power dribble refers to a low post move in basketball, however it is sometimes used in reference to a dribble drive, or even a player at the top of the key.

The purpose of the power dribble is to allow the offensive player to shift their pivot foot and move towards the basket.

When dribbling and driving to the basket sometimes players will utilize a similar technique to the power dribble in the post. They dribble the ball hard as they are driving, and before they make their move will slam the ball. An example is during a hopstep, when a player jumps and lands on both feet. The power dribble assists this by letting the offensive player keep their move quick. A slow/soft dribble allows the defense to react, while a power dribble lets the offensive player continue moving.

Top of The Key

Players have also been known to dribble the ball in ways that showcase their ability and flaunt their swagger. One of those ways is by performing dribble moves while power dribbling. It is a difficult task, so when a player attempts to pull it off, it is clear that they are showing off.

How do you Execute a Power Dribble?

Power dribbles require practice and an understanding of the fundamentals. For the sake of what variation of a power dribble is the most common, this brief guide will focus in on power dribbling in the post.

In order to do a power dribble you first need to receive the ball. Once you catch a pass from a teammate, size up your defender. Try to see if you can tell what type of move would work based off how they are guarding you.

Once you’re set it’s time to make your fake. Give a pump fake to the defender and see if they bite. If they do it’s time for the power dribble.

Now that the defender is in the air you need to get to the basket. Bounce the ball hard with two hands and pivot with your weight planted on your set leg. You’re doing an up and under move, so you’re essentially going under the defender and then laying the ball in the basket.