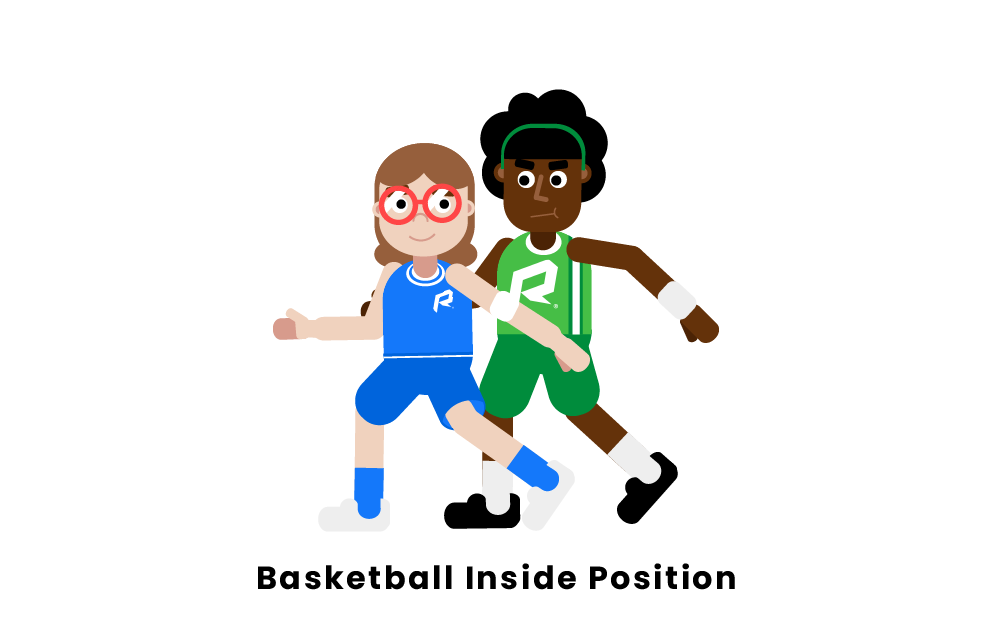 An inside position in basketball is when either an offensive or defensive player gets in position behind the other person. This position is when the player is in between their "man" and the basket, giving themselves the advantage.

When is Inside Position Needed?

In basketball there are a couple times when having inside position is more valuable than others. For example, inside position in the "paint" is better than having it on the perimeter. That is because it plays a large role in the post game. Another time it is good to have it is when trying to grab a rebound.

On offense, one way to score is to post up. A post up is when the offensive player has their back to the basket and they try to power their way to score. A post up is made much easier if the offensive player can get in behind the defender. That way they can simply lay the ball in once they get the pass. Players attempt what is called a "seal", holding off the defender while keeping the inside position.

On the flip side, the defense does not want the easy layup to happen so they work hard to maintain the inside position. They use their body to keep the offensive player away from the basket.

When rebounding, it is a good thing to have the inside position. If you keep your body in between the rim and the other team's player then it makes it easy to grab the missed shot. That applies to both offensive and defensive rebounds as the concept is the same for both.

How Do You Get Inside Position?

In order to gain inside position on a defender, you need to be able to use your body well. Once you gain the position they will be trying to push you out of it, so you need to hold them off. You can hold them off with your forearm, shoulder, lower body, or any part of your body as long as there is no holding or extension of the arms.

Pages Related to Basketball Inside Position