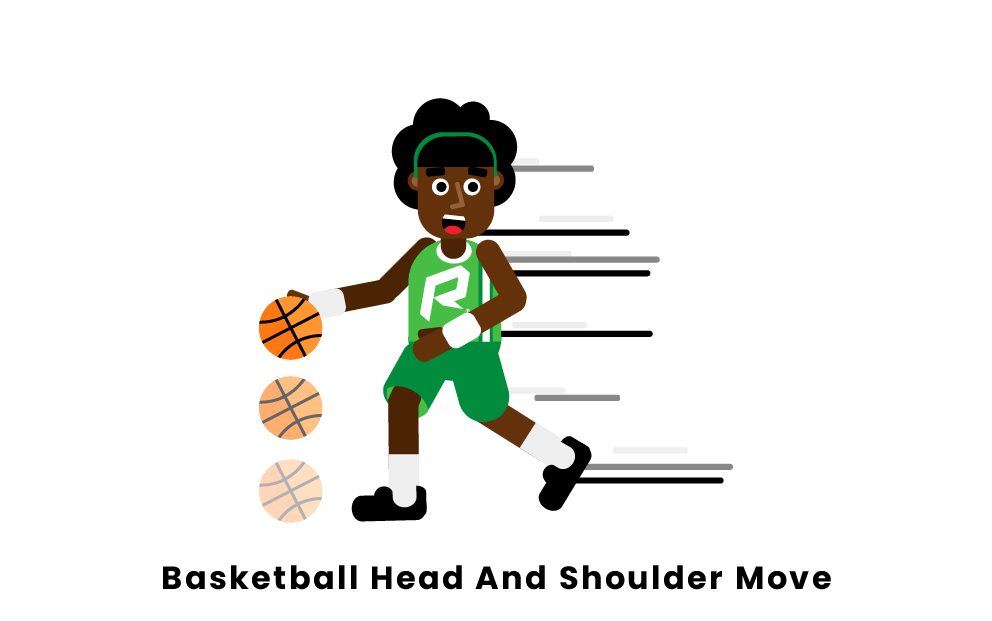 A head-and-shoulder move in basketball is when a player fakes one way with their head and shoulders and either dribbles or shoots going the other way. In simpler terms, they lean their head in one direction, and then quickly jerk it back and go in the opposite direction. It is a misdirection type move that serves the purpose of getting by a defender.

A head and shoulders move can also be done without the ball. A player fakes with their head one way and runs the other in an attempt to get passed the ball.

Basketball How to Sell a Head And Shoulder Move

In order for a head and shoulder move to be effective the fake really has to be sold. The headfake should be crisp and believable. Looking in the direction that you are faking can sell the defender as well as turning your body the same way.

When do You Use a Head And Shoulder Move?

Head and shoulder moves are used at any point during the game by an offensive player. They are very common and can be seen on just about every possession. That being said there are times when it is more effective than others.

Head and shoulder moves are the most effective in transition offense. That is because usually the offensive player is running quickly and the defender has less time to react. That way the move will force the defender into a split second decision which is a tough position to be in.

It is also often used in the post offense and is used to further embellish a pump fake.