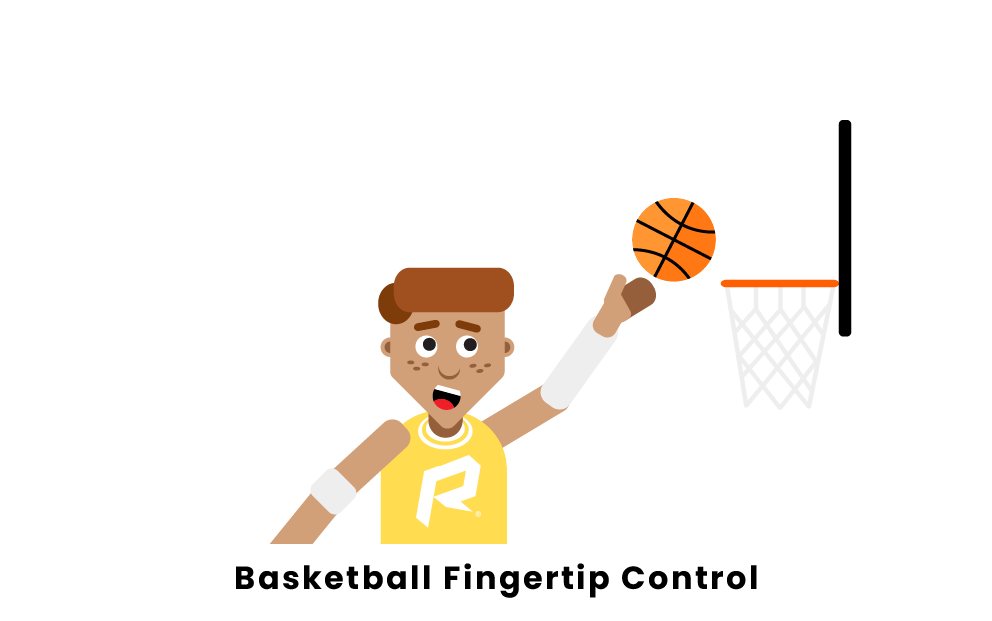 While seemingly an unimportant detail, being able to deftly use fingertips is a vital part of a basketball player's skill set. In every aspect of the game, shooting, passing, dribbling, and defense, controlling the ends of your fingers well could be the difference between victory and defeat.

A finger roll is a type of layup in which players let the ball slide off their hands and then flick up with their fingertips so that they can get the ball over the rim. It is used when there is a lot of pressure around the basket and the ball has to be released quickly but with power. It is also used when an angle to the backboard is unattainable.

A player with the ability to control shots around the basket with their fingertips gives them a wider range of scoring options.

Fingers are important not only for accuracy when shooting but for spin. The tips of the fingers are the primary generator of backspin on a shot and the subsequent follow through which gives the ball a greater chance of bouncing in once it hits the rim.

Skilled ball handlers use their fingertips all the time. When passing the ball, they are important in reaching all the way around a defender to squeeze the ball through the hole.

Dribbling requires more dexterity of the fingers, as every crossover, spin move, and behind the back is only as successful as a player's hands allow them to be. Being able to dribble with just your fingertips not only gives you a wider range of options but lessens the possibility of mistakes since you can more easily control the ball.

Using the Fingertips' is mainly done defensively as being an impenetrable force. Whether it's barely blocking a shot or just tipping a pass either as a deflection or steal, it is imperative for a defensive player to hold their fingers out wide with the tips flexed so that any contact significantly alters the course of the ball.