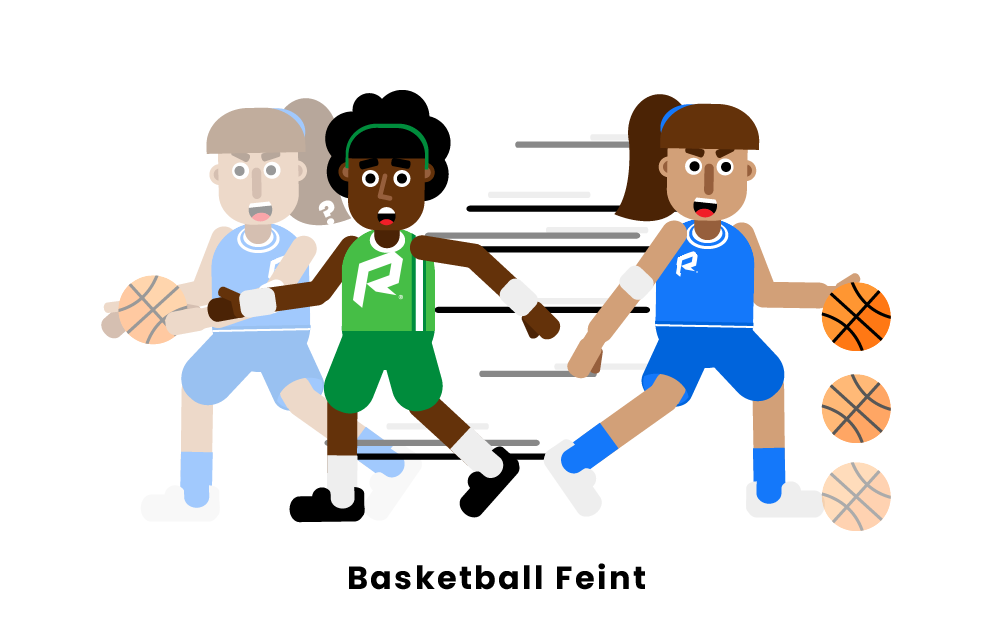 A feint in basketball is a term for a fake out move on a defender. Feints are popular in streetball where fancier moves are tolerated more than regular basketball.

The word feint is linked with the word feign, which means "to give a false appearance to". Feinting involves pretending to move, pass, or shoot one way before doing something else.

Feinting a pass makes the whole defense jump in the wrong direction. The player guarding the ball handler will likely be faked out the most, and hopefully will be easy to move around. This is a great way to get a clear shot or walk through towards the basket.