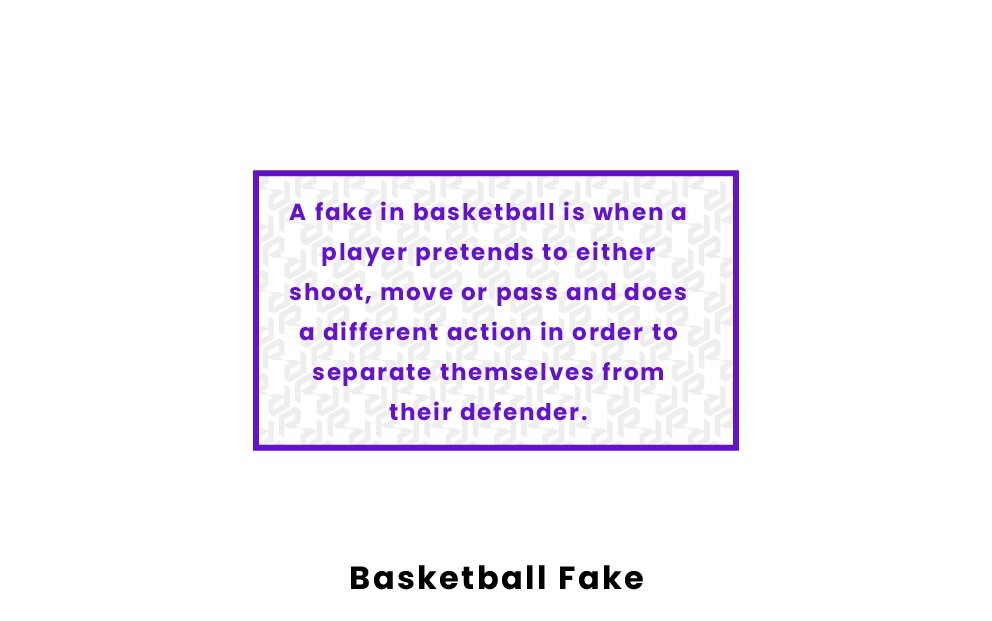 A fake in basketball is when a player pretends to either shoot, move or pass and does a different action in order to separate themselves from their defender.

A fake move is often referred to as a feint in basketball.

A shot fake in basketball is when a player pretends to shoot by beginning the shooting motion, but doesn’t let go of the ball or pulls down early. The goal is to fake out the defender, opening up a lane for the ball handler to either drive, pass, or shoot from a different spot.

When a player successfully fakes a shot, he can cause the defender to attempt a block. This throws the defender off balance, taking him out of the play.

A movement fake is typically a juke move. This involves pretending to move in one direction before abruptly changing directions. When this is executed correctly, it opens a lane for a pass, shot, or a new route to the basket.

A fake pass in basketball is an especially effective fake because the defense typically adjusts as though the pass is going to happen. This causes them to refocus their attention elsewhere on the court, giving the ball handler more room to move or shoot.

When a player is inbounding the ball, he will likely use pump fakes to throw off the defender guarding him. This is done in hopes of opening a passing lane to a teammate. Inbounding the ball is an important part of basketball, especially late in the game.