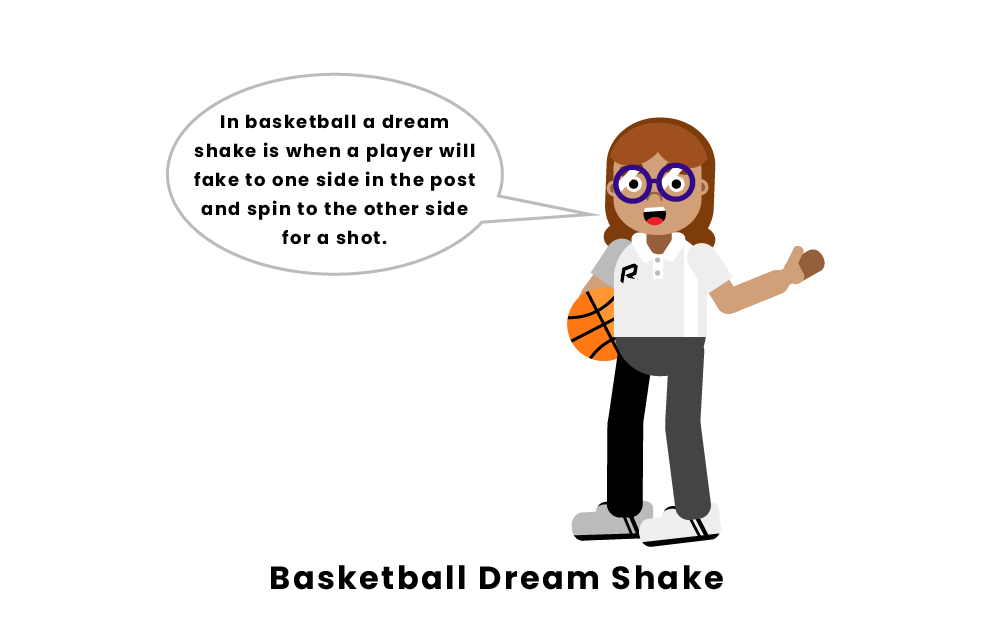 The dream shake in basketball is a famous set of basketball moves made by Hakeem Olajuwon. Olajuwon was a center known for his playing career with the Houston Rockets. Olajuwon would execute a series of ball and pump fakes to trick the defender. Notably, he would fake to one side in the post and spin to the other side for a shot. He was even known for adding in a second and third pump fake. This is one of the most effective moves to fake the defender in the post for an offensive player.

The Makings of the Dream Shake

Hakeem Olajuwon did not begin his basketball career until he was in high school. He played both soccer and handball, with both proving to be beneficial to his basketball game. He developed exceptional footwork, especially for someone of his size (seven feet). He used that to his advantage once he began playing. He was a mismatch in every situation, he was too tall for guards and his footwork was too clean for centers. His footwork allowed him to quickly pivot, which made it so he could turn on a dime after pump faking. Over time he acquired a rapport of different pump fakes he could use at will, eventually turning into what is now known as “The Dream Shake.”

Olajuwon famously used the Dream Shake once against former defensive player of the year David Robinson. The first pump fake proved ineffective, but Olajuwon just pivoted, faked, and then scored making the great defender look silly. Robinson wasn’t the only one to look silly guarding Hakeem, as countless defenders were baffled by the legendary move. Even by today’s standards, the Dream Shake is considered to be one of the greatest if not the greatest signature moves of all time.

Dream Shake in the NBA Today

Still today the dream shake, or at least variations of it are often used. Big men are taught to model their post moves and post game on Hakeem Olajuwon. If you watch an NBA or collegiate game, you will see traces of his lasting impact on the sport of basketball. You will also often hear the announcers comparing a move or a player to Hakeem, as he and his move are the gold standard.