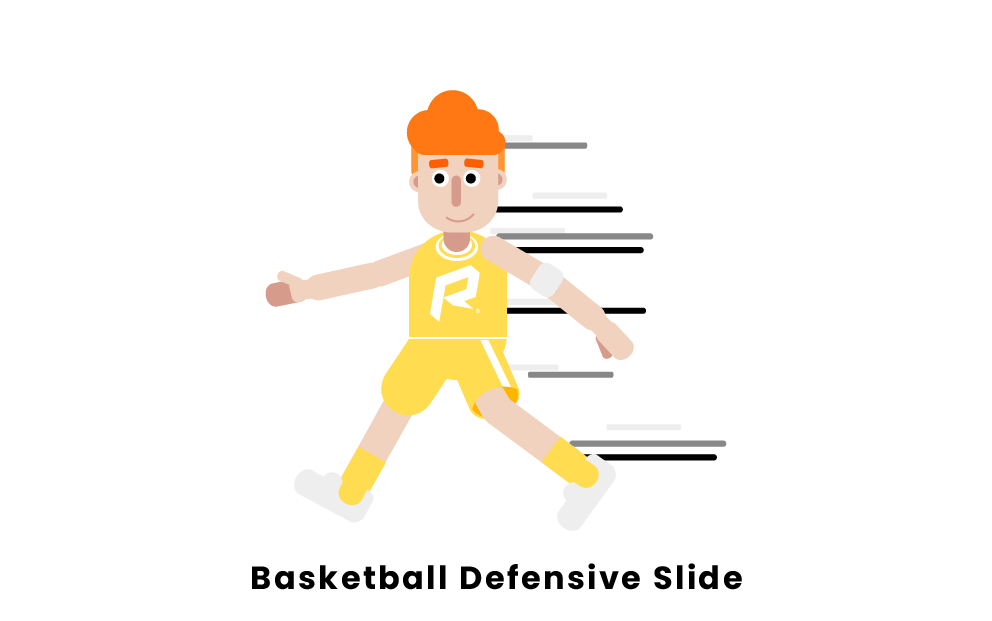 A defensive slide in basketball is a technique used by players on the defensive end of the floor. Defensive slides are mainly used by on-the-ball defenders attempting to prevent the offense from scoring.

Benefits Of The Defensive Slide

A player defending the ball uses defensive slides because they are the best way to keep the ball handler from getting to the basket. Good defensive slides, in which the player spreads his feet to create a wide base, puts him in the best position for lateral quickness. Moreover, being balanced by refraining from leaning into the slide allows the player to move quickly from side to side as well as shift from one direction to the other. Good defenders also have their hands out when sliding, making it more difficult for the ball handler to pass, dribble, or shoot. This is all very important when it comes to stopping a good offensive player who has many moves at his disposal and is competent in dribbling the ball with both hands.

In order to perform a defensive slide, the player must first get into a defensive stance. That means having his feet spread so they are outside his shoulders. Additionally, the player’s weight is placed on the balls of his feet. Finally, his knees are bent with his butt down and both chest and head up. When in this position, the defender should watch the waist area of the ball handler so as not to fall for ball or head fakes.