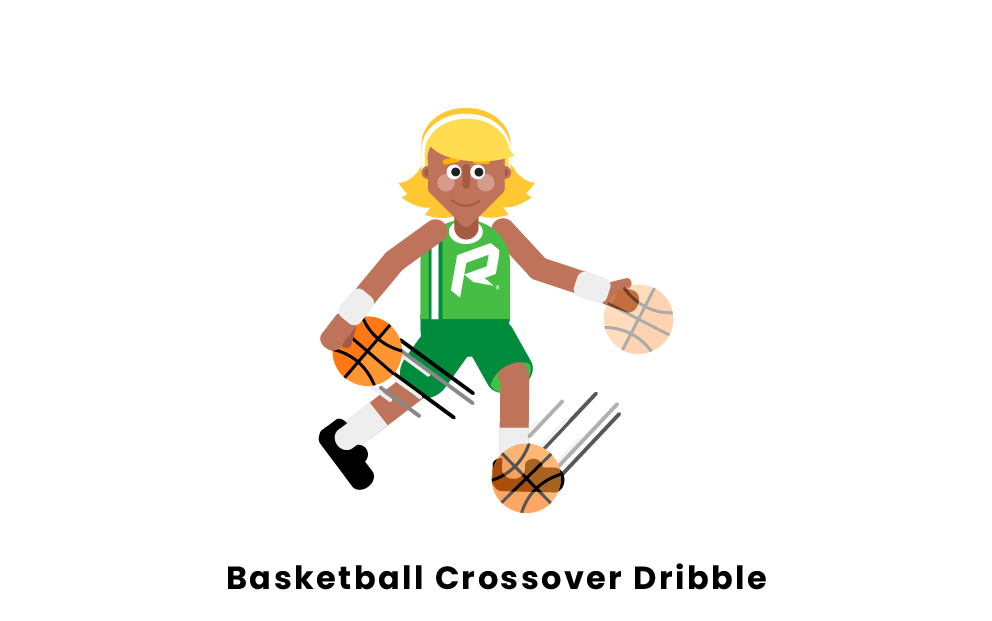 A crossover dribble in basketball is the dribble that a player does when they bounce the ball from one side of their body to the other. This is typically done in one bounce in front of a player.

Crossover dribbles can differ in style, speed, and direction with each variation giving the offensive player a different weapon.

Your standard or “basic” crossover is just bouncing the ball with one hand over to the other in front of your body. It can be added to by dribbling the ball from hand to hand more than once. That is called a double or triple cross.

A behind-the-back crossover is the same as a standard crossover except it takes place behind the back of dribbler. This is harder to do, but it is less likely the ball will be stolen by the defender.

Through the legs is a crossover done in between your legs. It requires a wide stance as the ball needs to fit underneath your legs. This move is done more so for style than it is for effectiveness.

A shammgod is a move that was first done by basketball player God Shammgod and has been copied by many players since. It is an extremely flashy crossover move that only needs one hand to complete. The first part is the same as the standard crossover, and the ball is “crossed over,” but before it gets to the other hand, you snatch it back the other way.

A crossover drive in basketball is when a player conducts a crossover dribble move and drives to the basket in the same motion. This is a common move because it surprises the opponent and forces them to follow the ball, which travels from one side to the other.