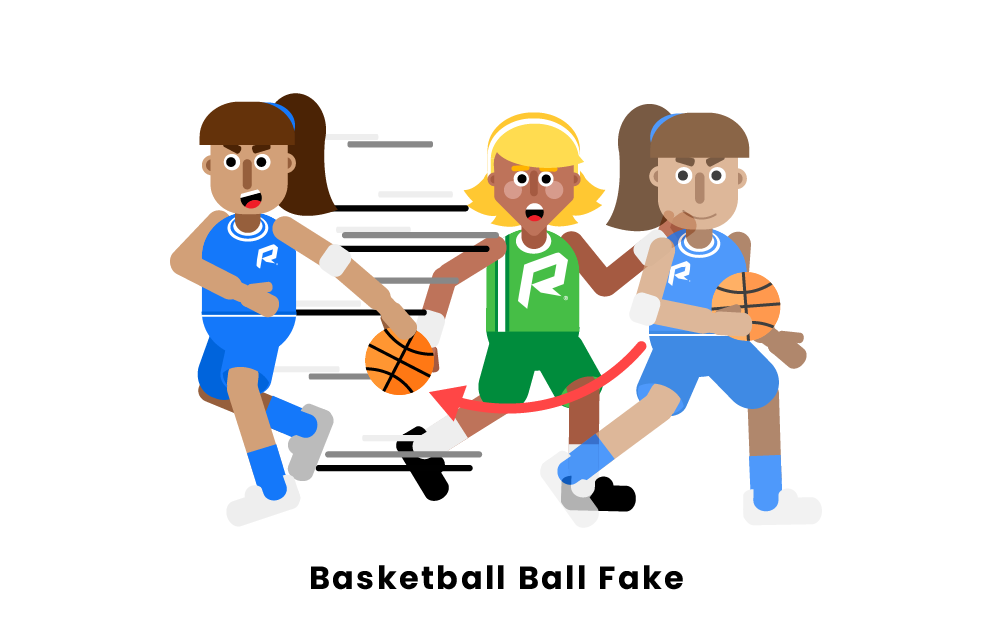 A ball fake in basketball is a technique used by an offensive player to distract the defender and give the ball handler an advantage. A ball fake is executed when a player pretends to pass or shoot the ball in a convincing motion, but they do not actually let go of the ball. Players must keep their feet in place when using this move, and will typically use their eyes to sell the fake as well.

If the defender falls for the ball fake, they will most likely shift their body or eyes in the direction that the pass or shot was faked. This gives the offensive player an extra second or two to drive, shoot, or pass the ball without the defender’s full attention. Another similar move is called the pump fake, in which a player fakes a shot to get the defender to jump.