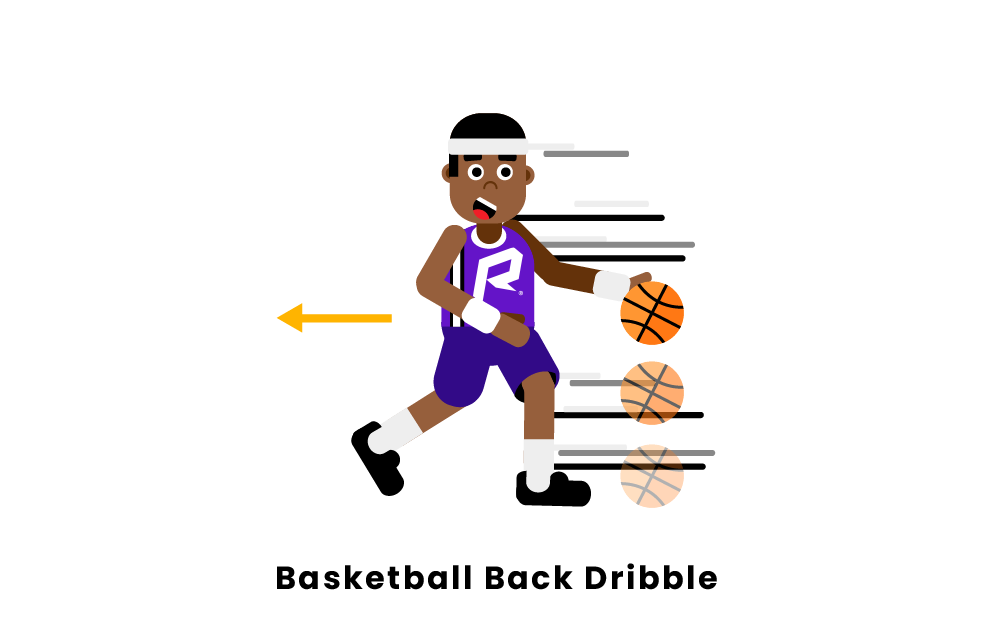 The basketball back dribble, more commonly known as the retreat or escape dribble, is a move used by a ball handler. This move is not to be confused with a behind-the-back dribble, in which the player dribbles the ball behind his back from one hand to the other.

How To Back Dribble

The back dribble is often used to create separation from a defender who is not giving the ball handler much space or to avoid a trap. Once the ball handler has retreated and is squared up to the basket again, he can assess the defense more comfortably.

The back dribble can also be used as a way to lure an overbearing defender further away from the basket so the ball handler can make a move to the hoop. Because a well-executed back dribble can cause the defender to relax by coming out of his defensive stance, even if only slightly, it can be a great transition into an explosive move. While the back dribble can be paired with a crossover or other moves to keep the defender off balance, the change of speed from a slow retreat to a fast attack toward the basket is the most important thing.

Pages Related to Basketball Back Dribble