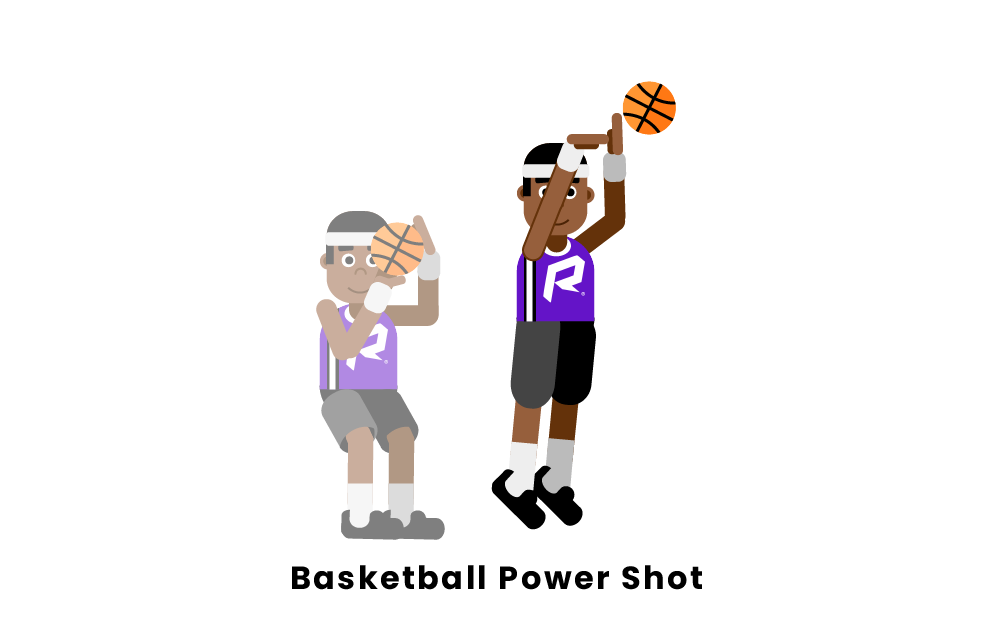 In basketball, a shot is when a player attempts to throw the ball into the basket. There are several key components of a shot, one of which being power. Power describes how hard a shot attempt needs to be launched. Shots with more power travel further and sometimes faster while the opposite is true for less powerful shots.

When is a Power Shot Needed?

Another situation that may need a powerful shot is when the shooter is in tight defensive coverage. If the defense is closing in and there isn’t a clear release point for the shooter they need to shoot the ball with more arc. The arc will allow them to shoot over the outstretched arms of the defender. However, in order to shoot a shot like that, they will need to generate more power in their launch.

In the next section, we’ll learn how to be able to shoot with power to help yourself in the situations above.

How do you Shoot a Power Shot?

In order to shoot a power shot the shooter needs to maximize their shooting mechanics. Most importantly they should focus on their knees and legs. The lower body is actually where most of the shooter’s power comes from.

To get the most power, players should bend their knees and jump. The act of springing up starting from bent knees is very efficient at generating the most power for a shot.

Although arms are less important, they can still aid in the powering up of a shot. By following through and maintaining good form, shots go further with less effort.