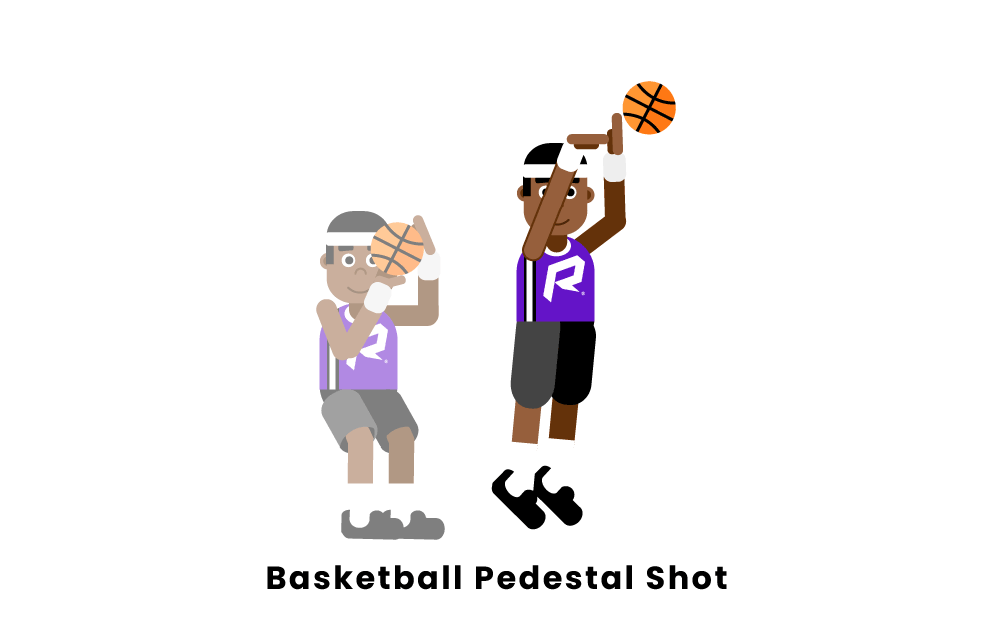 A pedestal shot in basketball is a shooting stance that requires a good balance frame that resembles a pedestal.

The pedestal shot in basketball is a type of jumpshot where the player holds the ball in front or above his or her forehead, using the arms to elevate the ball, like a pedestal. The pedestal shot looks a little different from a regular jump shot. It is useful for very strong players who take jumpers in or around the paint, like power forwards and centers. The pedestal requires more attention to detail than other shooting techniques, however it does give players more balance when shooting.

How to Shoot a Pedestal Shot

When shooting a pedestal shot it is important to be attentive to the following:

Beginning with the stance, feet must be parallel, open as wide as the shoulders, and facing the basket and hold the ball high, around the forehead or over. When shooting, the ball must be released at the peak of the jump. Players must be careful to shoot the ball up, and not out, in a very relaxed movement that does not let strength interfere with the shooting motion.