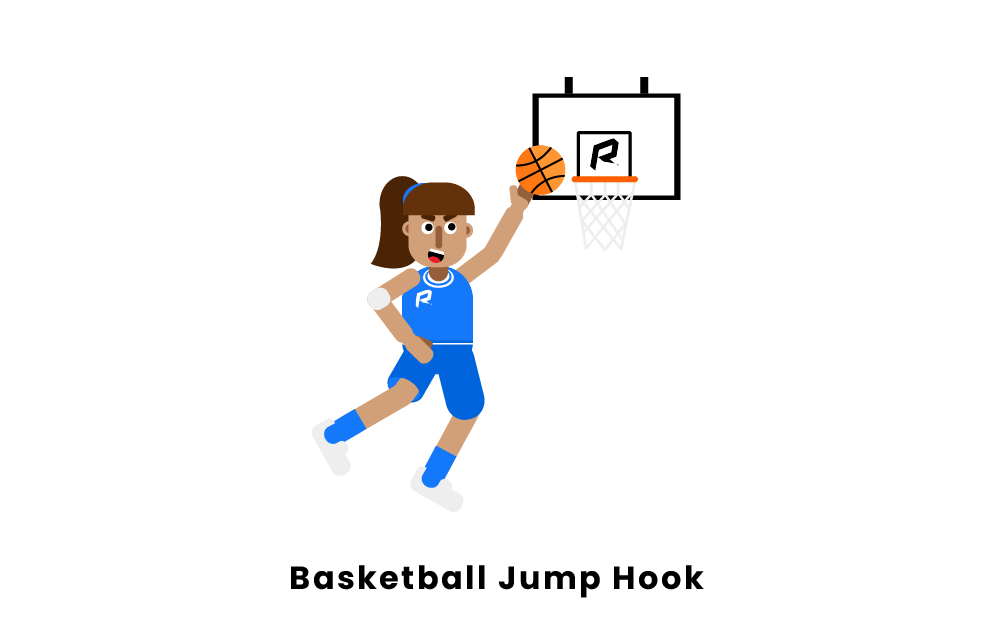 A jump hook in basketball is a type of hook shot attempted while jumping. The main reason for using this type of shot is to quickly release the ball over a taller defender close to the hoop.

Shaquille O’Neal and Dwight Howard are both known for their ability to execute jump hooks.

The player attempting the shot will stand perpendicular to the basket, meaning their hips are facing the sideline. This stance is effective because it is not the typical way to start a shot and thus can catch defenders off guard. The non-shooting hand of the player is used to distance the defender through contact.

Once the offensive player feels as though they have adequate space to get the shot off, they will jump vertically and fully extend their shooting hand. It is imperative to release the ball at the peak of the motion, maximizing the chance of the ball going above the defender. The jump hook is finished by a slight flick of the fingertips for greater accuracy.

The jump hook is different from other hook shots primarily in that the player jumps off of both feet. While this generally makes the release point lower, it allows the ball to be shot swiftly. The jump hook is less flashy than other post-up plays, but is very effective.

The ability to release the ball quickly also decreases the chances of the ball getting blocked from behind by another defender.