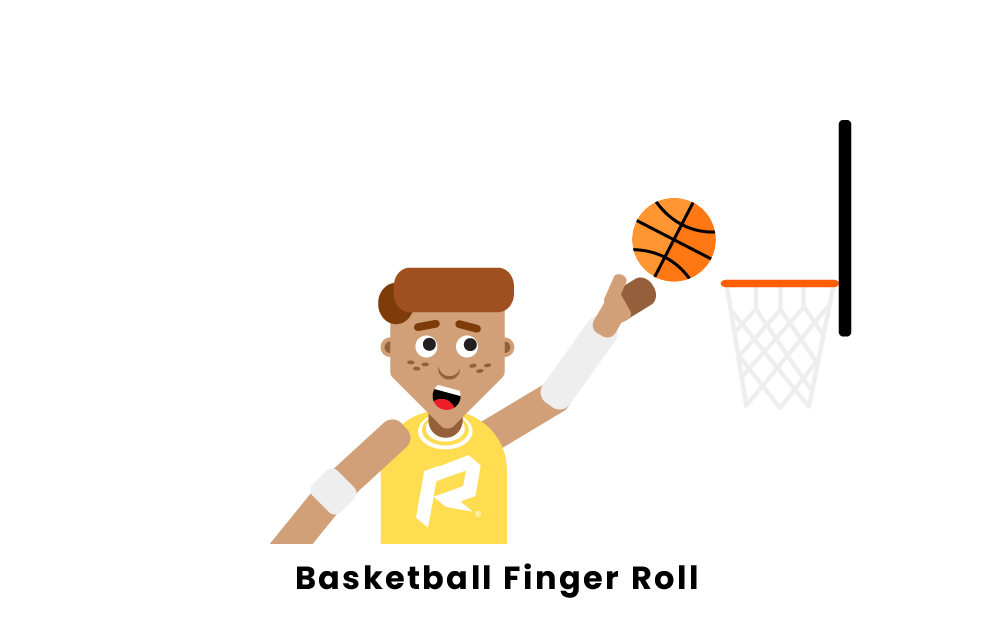 A finger roll in basketball is a type of layup in which the players finishes with an underhand motion having the ball roll from his fingertips into the basket. The finger roll is a difficult move to master; it takes a very skilled player to do the finger roll consistently well. With this move, the ball can be thrown higher into the air, allowing players to escape blocks from taller players, therefore being regularly used by guards to score over centers and forwards.

The finger roll can be done either by having the ball touch the backboard, which is more common when a player attacks the basket diagonally, or by letting the ball slip straight into the basketball, which happens more commonly when the layup comes from the front of the rim.

How to Do a Finger Roll

The finger roll starts just like any other layup, with the two steps before jumping to the basket. When performing finger roll, it is important to focus on jumping high, instead of jumping forward. When reaching the peak of the jump, the player will start an underarm movement, extending the arm with the ball as close as possible to the rim or the backboard. The final step is the most important; when releasing the ball, the player must flick his wrist and fingers, making the ball roll. That changes the ball's momentum, and it will help get the ball into the basket.