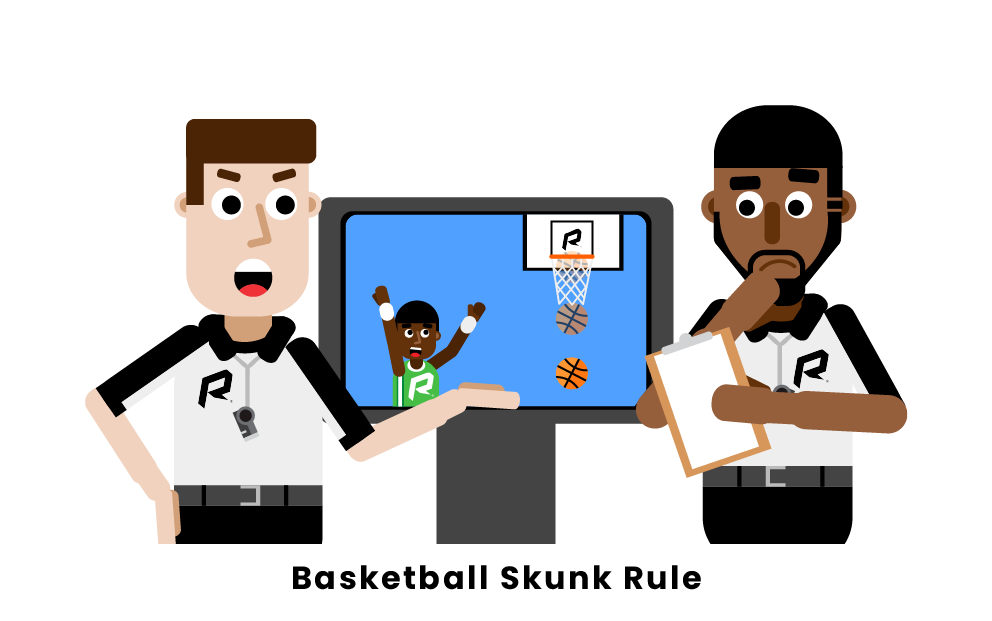 In basketball, the "skunk rule" refers to a game ending early due to the result already being obvious. This is not enforced at official competitions, but is very common in recreational streetball games, as well as the popular basketball video game NBA 2K.

The skunk rule applies to a game with a large disparity in the score. It exists so that both teams or players can save their time or start another game. The skunk is commonly applied when there is a difference of 20 or 21 points. The skunk rule can also refer to a When a score difference is this great, there is little to no hope of a comeback for the losing team.

Getting "skunked" is an embarrassment for the losing team or player. It symbolizes falling so far behind that both parties would rather end the game than see if a comeback is possible. It shows complete dominance by one side over the other.

The term skunk is used because of the ultimate displeasure caused by such a lopsided victory, similar to the displeasure of an actual skunk's smell.