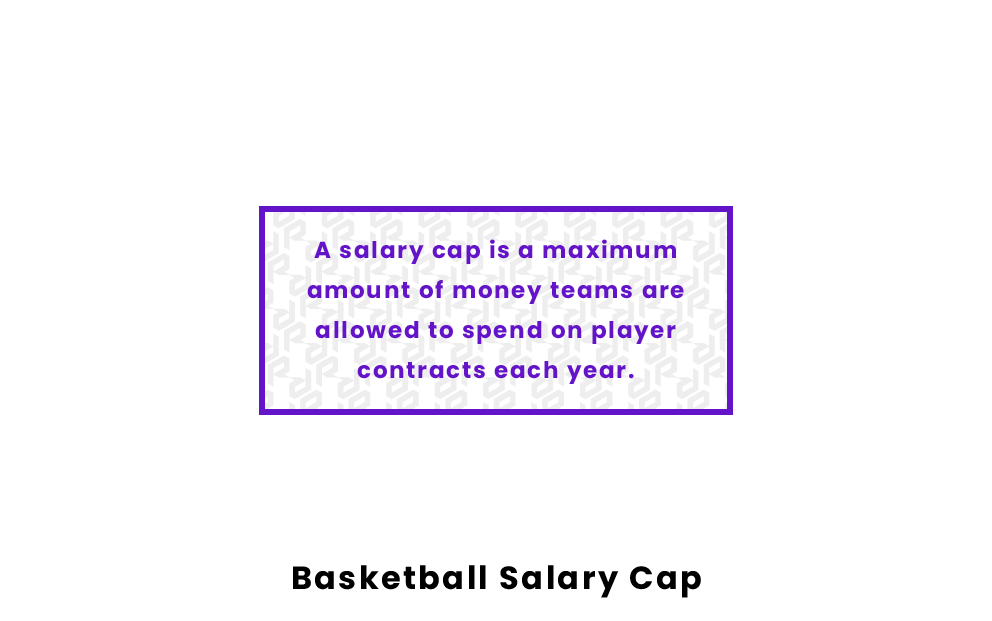 In sports, a salary cap is a maximum amount of money teams are allowed to spend on player contracts each year. The dollar amount of the salary cap varies from year to year, and typically goes up slightly every few years. Salary cap rules vary from league to league and year to year.

The NBA first put a salary cap in place in the 1940's. However, after one year they decided to get rid of the salary cap. Entering the 1984-85 season, the league wanted to create more parody throughout the league, so they tried again with the salary cap. In the 1984-85 season, teams were limited to just $3.6 million to spend on player salaries per year. That is the equivalent of approximately $9.4 million in 2019. The salary cap for the 2019-20 season was $170 million. Teams are spending more and more on players each year, which is why the cap has had to increase so dramatically.

A hard salary cap, or hard cap, means that teams are not allowed to go over the salary cap. The NFL, NHL, and MLS all have hard caps.

A soft salary cap, or soft cap, means that teams are allowed to go over the cap in certain situations, but will be faced with punishments if they do. The NBA uses a soft cap system.

Why Does the NBA Use a Soft Cap?

The NBA uses a soft cap so that teams can keep the players on their team. Losing a player for cap reasons is very frustrating for a city, and can affect the support from the fans.

If a team is a certain amount over the cap, the exact amount varies from year to year and is calculated using a fairly complicated mathematical formula. They will have to pay luxury taxes. Luxury taxes are fees for every dollar over the cap, and can cost a team a lot of money.

The first team allowed to exceed the salary cap was the Boston Celtics when they re-signed Larry Bird. This rule, put in place after an exception was made for Larry Bird, is specifically for veterans who fit certain qualifications. This exception allows the team to resign the veteran as long as they don't go a certain amount over the cap. For a player to qualify for the Larry Bird exception, they must have played for a team for 3 years without changing teams.

The Early Bird Exception is thought of as a less extreme variation of the Larry Bird Exception. This rule is for players who have been on the same team for 2 years. The team is allowed to resign the player for up to whichever dollar amount is greater:

175% of their last contract

The Non-Bird Exception applies to players who do not fit in either of the Larry Bird Exceptions. This rule allows players to resign for up to whichever dollar amount is greater:

120% of their last contract

Does the NCAA Have a Salary Cap?

The NCAA does not pay their players a salary, so there is no need for a salary cap. However, the NCAA is undergoing some legal changes, and players may eventually be paid. If this happens, there could soon be a salary cap at the NCAA level.

Lower Pay for the WNBA

WNBA players can only make up to 20% of an NBA player's minimum salary. This number caps off a WNBA player's salary at $110,000. Median salaries in the WNBA are approximately $71,000.