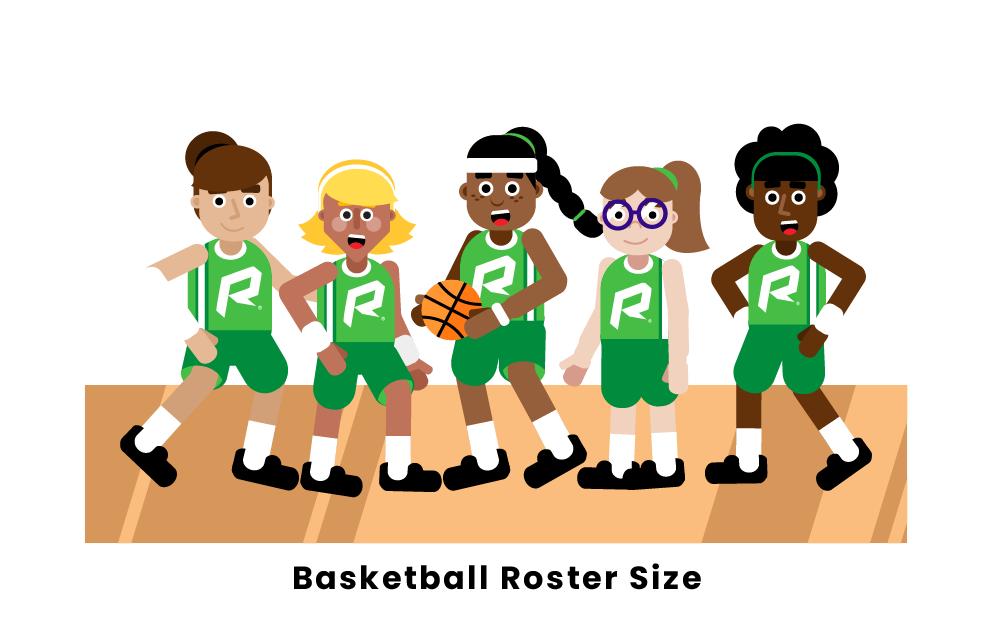 How many players are on a basketball team? The number of players on a roster in different leagues can differ, however, in both the NBA and the NCAA the roster holds 15 players. In basketball, there are five players on the court at a time while there are eight players on the bench and two players who are healthy scratches that do not dress, sit on the bench, or play.

The active list in basketball, is a list of all players that are active on a team roster. To be active means to be able to be put into the game off the bench or as a starter. Unhealthy starters are inactive and are not on the active list. 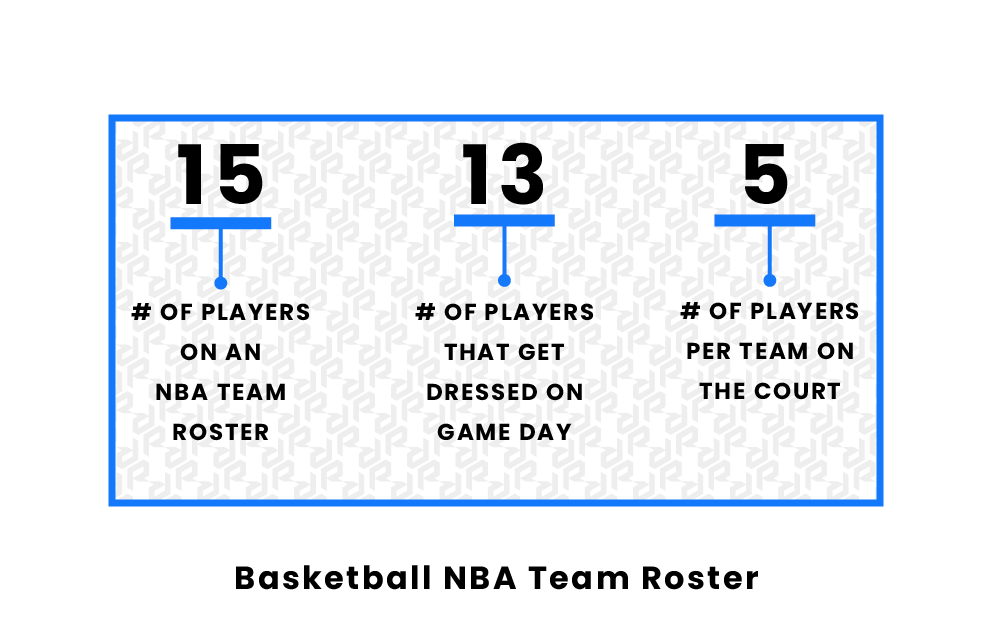 In the NBA, if a team has more than four players that are seriously injured, they can apply for a hardship exception to increase the roster size to 16 players. This is rare and is used only to try and keep things somewhat fair for the team that has been plagued by injuries. 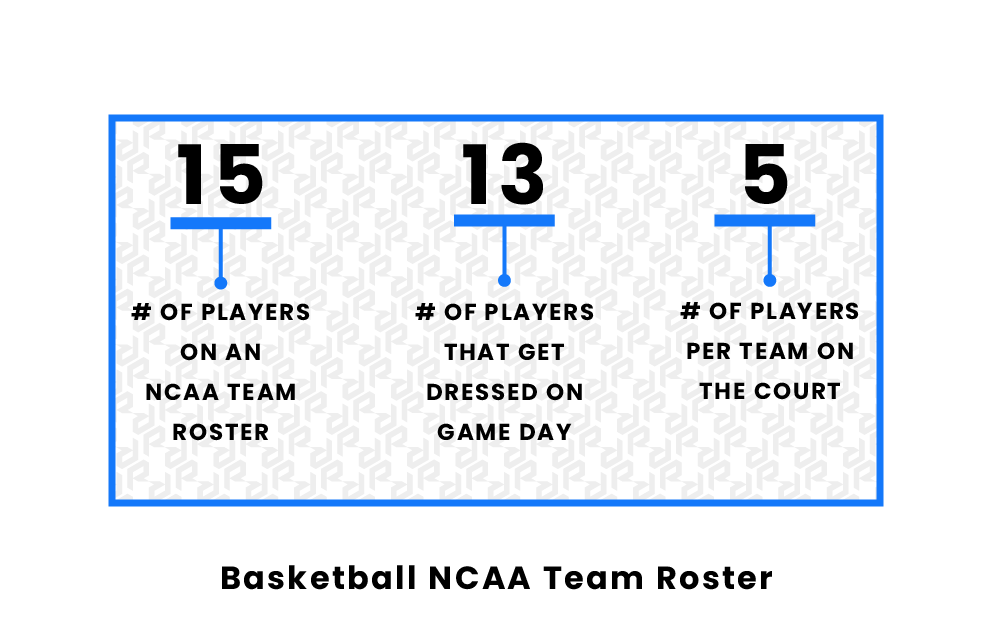 In college basketball, there are 15 players on the roster just like in the NBA. However, it is a definite 13 players that can be on the bench during a college basketball game. In the NBA it can be 12 or 13 making them a bit different. This extra player in college basketball is usually a walk on that does not play nearly as much as the other players if at all.