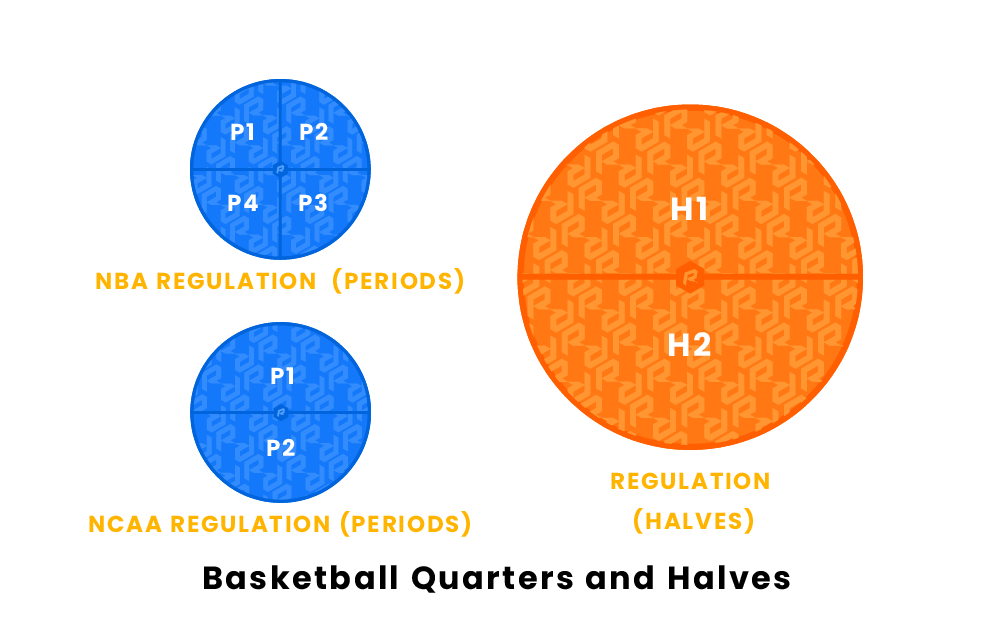 Basketball games generally have the same structure consisting of two halves. However, different levels of competition split these halves up differently.

Every basketball game, regardless of level, will have two halves in the game. The two halves of a basketball game are called the first half and the second half. The NCAA has recently had discussions in 2017 of possibly changing the game structure of college basketball. The NCAA is exploring using four 10 minute quarters instead of two 20 minute halves.

The only league that doesn’t have quarters is at the college level. However, the NCAA had discussions in 2017 of possibly changing the game structure of college basketball. The NCAA is exploring using four 10 minute quarters instead of two 20 minute halves. Currently, all other major leagues split each half into two quarters, with different times depending on the league.

How It Affects The Game

The first 3 quarters are usually a build up towards the 4th quarter, where most games are decided. However, some teams use different quarters to make their mark. Gregg Popovich’s San Antonio Spurs are known for coming out strong in the 1st quarter cementing their lead early while the Golden State Warriors have a reputation for coming out hot in the 3rd quarter and blowing teams out of the water. Having quarters rather than halves allows for teams to get more breaks and talk things over. A new quarter can be like a fresh start for a team, and can propel them to victory.