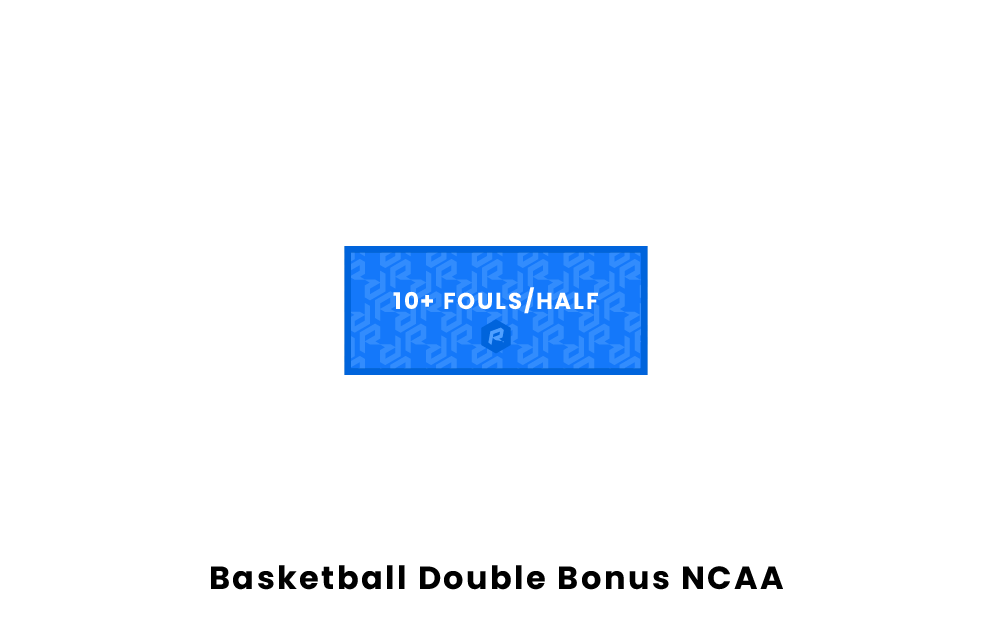 When a player commits a personal foul in a basketball game, it counts towards the total team foul count. If a team commits too many fouls, they enter a penalty situation. We've already learned about the bonus penalty situation.

In this tutorial, we'll discuss the double bonus, which is only in amateur basketball.

You can learn more about the types of penalty situations in basketball by reading Basketball Team Fouls.

If a team commits ten or more fouls in a single half, then the referee puts them in the double bonus penalty situation. Every time they foul, the other team's free throw shooter gets two free throws.

The double bonus is different from 1 and 1, the bonus, because they don't have to make the first free throw to get the second one.

How Many Free Throws?

Does The Double Bonus Reset?

What Fouls Count Towards The Double Bonus?

In college basketball, every foul except an administrative technical foul will count as a team foul. If teams reach ten or more team fouls in a half, they enter the double bonus penalty situation.

Intentionally Fouling in the Double Bonus

Teams will often use fouling as a tactic if they are trailing in a game, especially if time is of the essence. Fouling stops the clock, and although it puts the opponent on the free throw line, it also puts pressure on them to make free throws. This tactic can be especially useful if it is used against a player who has a low free throw percentage.

This strategy is known as "Hack-a-Shaq" because of its widespread use against center Shaquille O'Neal. As long as the fouling team can sustain scoring, putting a poor shooter on the line gives a numerical advantage in a short amount of time. It is used before and throughout the double bonus.