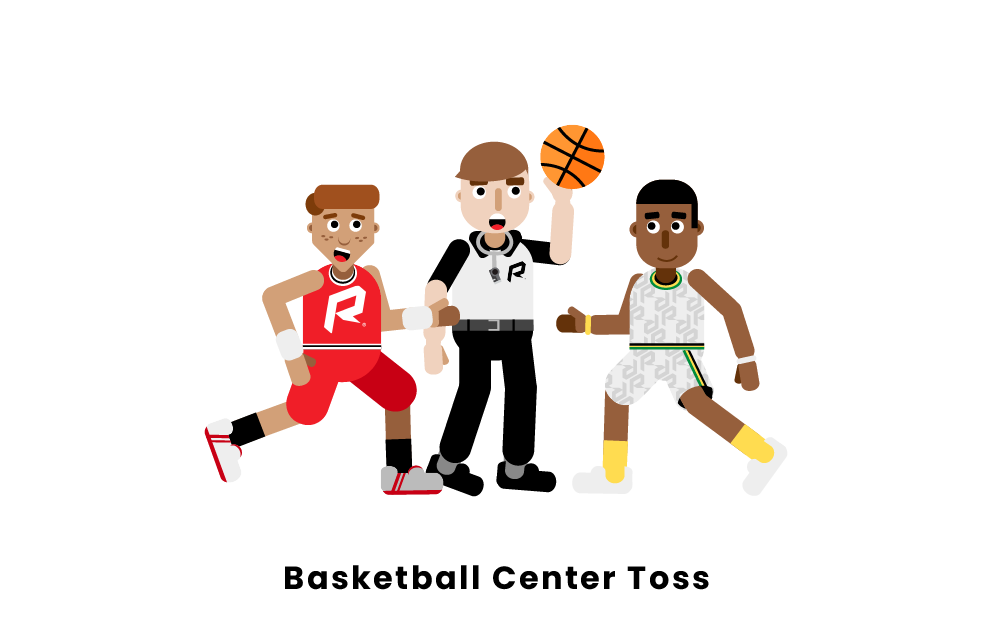 A center toss in basketball is a jump ball thrown into the air by the referee to put the ball into play. The toss generally takes place at the middle of the court, with two opposing players competing for the ball to decide which team gains possession.

Every basketball game starts with a center toss. Each team sends one player to the center of the court (usually the team’s tallest player or best jumper), with the two opposing players standing across from one another. One of the referees will then blow the whistle to signal that the game is about to start and toss the ball straight up into the air. Referees are taught how to throw the ball such that it sails directly in between the two players, preventing one from having an unfair advantage over the other.

Once the ball is in the air, the two players jump for it and try to tap it backward to a nearby teammate. The players are not allowed to make contact with each other, nor are they allowed to catch the ball or use two hands to swat it. Whichever team comes up with the ball gains possession and gets to start on offense.

The center toss also dictates which team will in-bound the ball to start every quarter, with the team that loses the initial toss starting with the ball in the second and third quarters and the team that wins getting the ball to begin play in the fourth quarter.

Beyond just the center toss, there is a similar method used to decide which team gains possession during the game. This is known as a ‘jump ball,’ and it follows the same procedure as the center toss. Jump balls are necessary when a tie-up occurs, in which two opposing players have their hands on the ball and neither can fully gain possession.