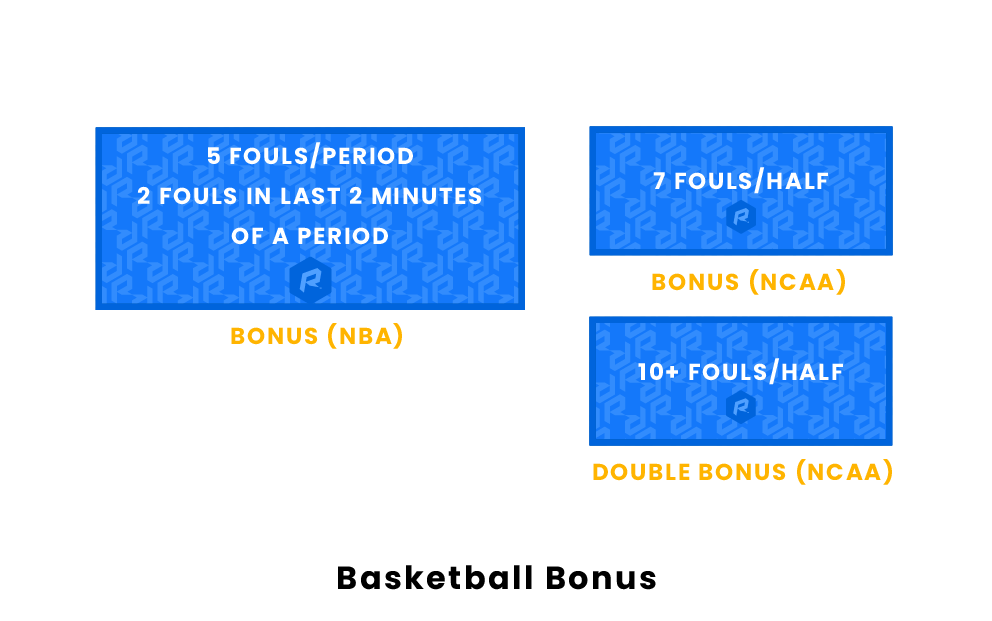 What Is the Bonus in Basketball?

When a basketball team is in the bonus they earn extra free throws every time a player on their team is fouled. This includes off the ball fouls too, not just shooting fouls that always result in free throws for the fouled team. Teams enter the bonus when the other team commits a certain threshold of fouls in a period, half, or game. The rules for the bonus are different for high school basketball, college basketball, the NBA, and FIBA.

If a team is in the bonus, the bonus resets at the end of each quarter or half and at the start of overtime. 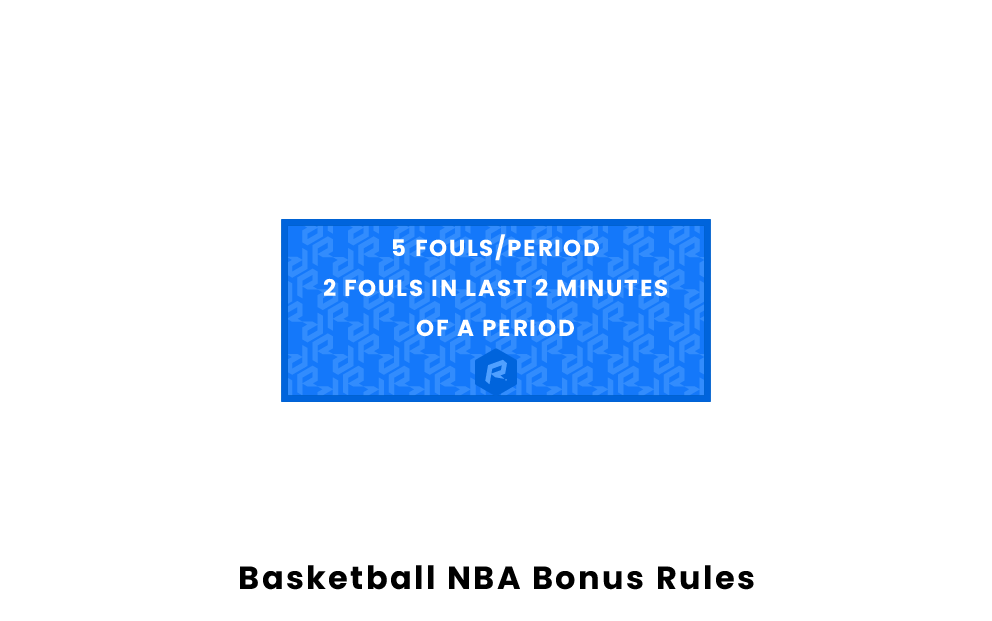 In the NBA, a team will enter a bonus penalty situation if they exceed the team foul limit in a quarter. The bonus will begin with a team’s fifth foul in a quarter or with two fouls within the last two minutes of a quarter. Every time a player is fouled when their team is in the bonus, the player that was fouled gets two free throws. Technical fouls and offensive fouls do not count towards the team foul limit.

In FIBA, the bonus rules are similar to the NBA and give players two free throws every time a player is fouled beginning with the fifth team foul in a quarter. FIBA does not count technical fouls or offensive fouls towards the team foul limit.

In college basketball, a team will enter a bonus penalty situation if the opponent reaches seven, eight, or nine team fouls in a half.

Every time a player is fouled in the bonus, the free throw shooter gets one free throw, followed by another free throw if they make the first shot. The college basketball bonus is called “one and one.” Upon the tenth foul of a half, a team will enter the double bonus or “bonus+”, where they automatically get two shots instead of a one and one. This double bonus is different from the regular bonus that occurs in other leagues.

In high school basketball, teams enter the bonus, one and one, if they exceed seven fouls in a half. If the free throw shooter makes the first free throw, they get a second free throw. Team fouls and the bonus penalty situation resets after the first half and at the start of overtime.

The bonus in basketball can greatly affect a team’s strategy on defense. Once a team has fouled their opponent enough to put them into the bonus, they have to be far more cautious with their fouls. Accidental fouls on players that shoot well from the free throw line can especially harm a team’s chance of keeping pace or coming back in a major way.

However, a team competing against an opponent can also use the bonus to their advantage. If a team is falling behind and their opponent is in the bonus, sometimes players will intentionally foul members of the opposing team that do not shoot free throws well. This can be a sneaky way to limit a team’s scoring opportunities, stop the clock, and gradually work their way back into a game by relying on an opponent’s poor free throw shooting.

Similarly, a new trend in basketball is to foul an opponent in the bonus when up by three points towards the end of a game. This forces the opponent to shoot two free throws, meaning there’s no mathematical way for them to tie the game in one possession. This can help the team with the lead burn more of the clock and prevent momentum-shifting three point shots from being taken by their opponents.

Why does the bonus exist in basketball?

The bonus rule mainly exists to prevent teams from committing too many fouls. Though some teams may continue to foul, they are punished for it in the form of extra free throws for the opposing team. This prevents teams with the lead from fouling to keep the other team down and disjoint their rhythm on offense. It also stops teams that are falling behind from using fouls to keep the game close by throwing the opposing offense off.

Is there a triple bonus?

Can both teams be in the bonus at the same time?

Yes, both teams can be in the bonus at the same time. This can unfortunately even out some of the advantages and disadvantages involved with the bonus rule but it is also rare for both teams to foul this much. This is something that tends to happen towards the back end of a half after each team has racked up their fair share of fouls.