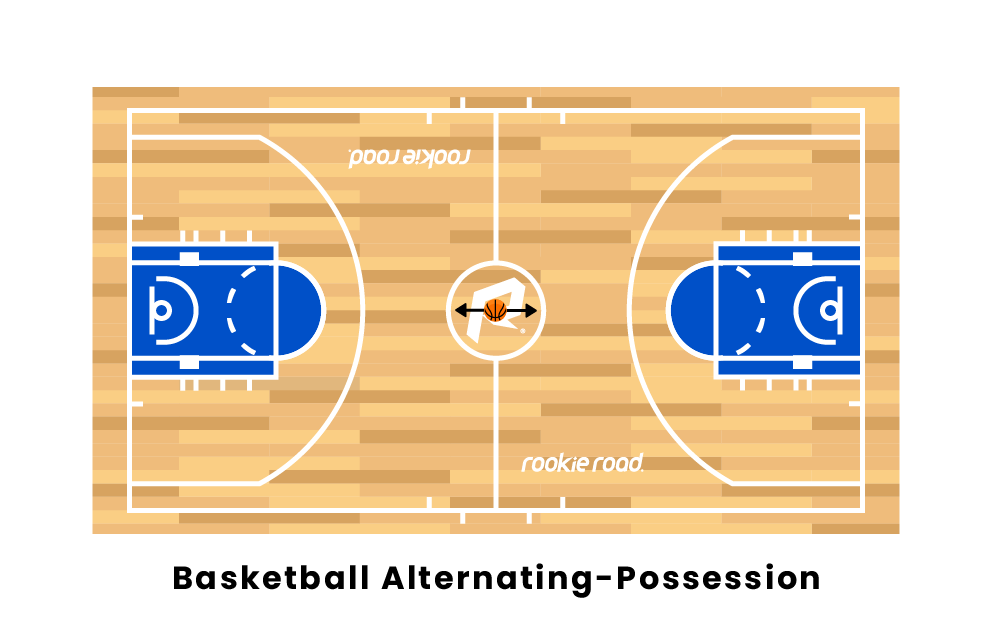 What Is Alternating Possession in Basketball?

An alternating-possession in basketball is a method of putting the ball into play via an inbounds pass rather than a jump ball. It is determined by utilizing a possession arrow and is usually only used in non-professional basketball leagues.

The rule for alternating possession was not created until 1981, and previous tie-ups up until that point would always be settled by a physical jump ball. The rule was first introduced in college basketball, but now almost every level below college uses the system. The main reasons for the rule’s implementation were to speed up gameplay and not to reward taller players who could easily win every jump ball situation they got into. Alternating the possession is a more fair way to resolve essentially tied situations in a game.

How Possession Is Determined

The other situation in which the possession arrow is utilized is in regard to unclear out-of -bounds plays. If a review is inconclusive, or the basketball game does not have a review system and the referees cannot decide on a call, then the possession will go to whoever has the arrow rather than forcing the refs to make a call they are not sure of.