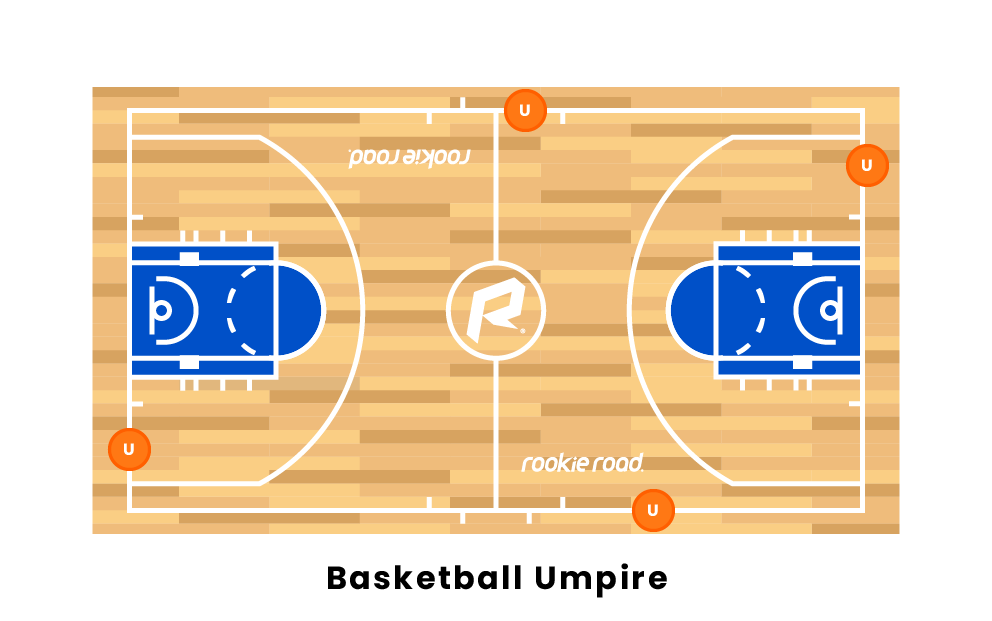 Each basketball game has two or three officials. In every officiating crew, there is one head referee (sometimes called the crew chief). The remaining officials are called umpires, though you may often hear them simply referred to as officials. While there is a title difference between these officials, there are very few differences in their roles.

To review, the titles of official, referee, and umpire are as follows:

Both the referee and umpires are allowed to call all types of fouls and have jurisdiction over all phases of the game. During play, the referee starts along the baseline, with the umpires taking the trail and center positions. This will change throughout the game, though. Every official is expected to be able to operate from every position on the court and make calls as necessary.

Umpires are vital to playing a fair and safe game of basketball. They ensure all rules are being followed and make calls on fouls that could lead to injuries or put one team at a severe disadvantage.

Though uniforms may vary depending on the league, an umpire’s uniform is very simple. They typically wear black pants, black sneakers, and a white and black striped shirt. In leagues like the NBA or WNBA, an umpire’s shirt may include the league’s logo and some personalization. They will also need to have a whistle as part of their uniform, in order to stop gameplay and make calls.

What is an umpire in basketball?

An umpire in basketball is an on-court official that is not the designated crew chief. There are usually one or two umpires officiating each game. They are basically assistant referees, who make the same calls that the head referee would make. However, the umpires do not have final say on controversial decisions.

How many umpires are on the basketball court?

In a typical basketball game, there are typically between two and three officials, one of whom is always the crew chief. In addition to the crew chief, there can be between one and two additional umpires.