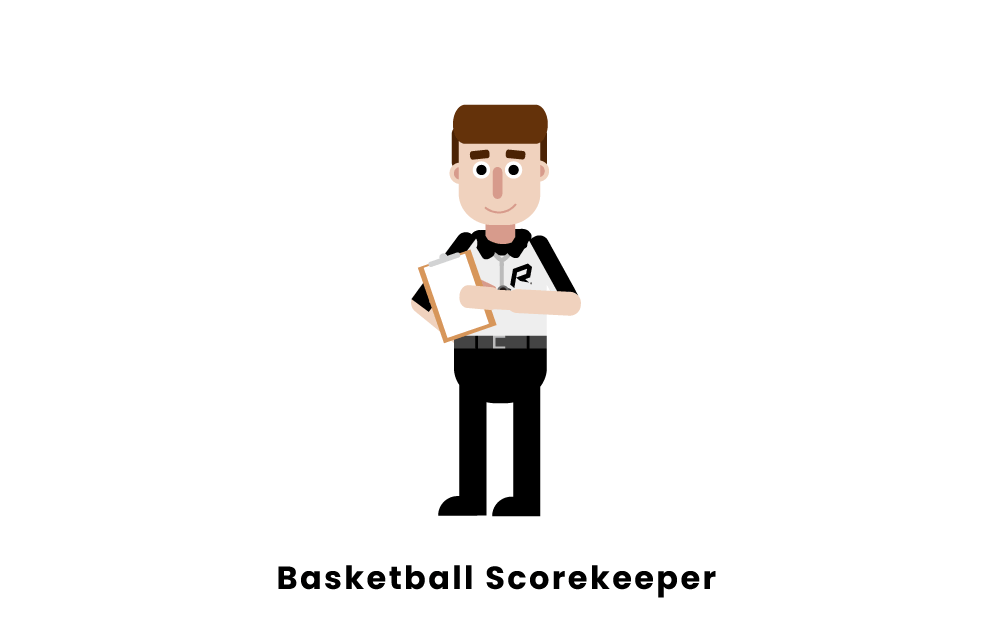 An official scorer in a basketball game has a very important job, which is to keep track of the score of the game and keep in contact with the on-court referees to record fouls, assists, and other statistics. A scorekeeper usually sits at the half-court line on the sideline. They usually have a small console that can add points, fouls, and timeouts at the press of a button. In most cases, this small console is connected wirelessly to the scoreboard, so players and fans can see the score of the game.

While an official scorer’s main responsibility is keeping score, they also have a few other things to handle. For starters, they must record the number and name of every player participating in the game, which includes the five starters and bench players for each team. This occurs before the start of the game. During the game, they have a few responsibilities, including:

Why Is Scorekeeping Important?

Having a scorekeeper is a sophisticated way of making sure each basketball game is fair and no team is at a disadvantage. Without a scorekeeper, a game of basketball would just be a pickup game. Having a scoreboard makes the fan experience much better, as they can follow the game better if they know the score.

How much are NBA scorekeepers paid?

Scorekeepers in the NBA make anywhere from $18,000 to over $80,000 per year. This wide range of salaries is primarily due to the market size of the franchise and tenure of the scorekeeper. While it is an important job, many scorekeepers have jobs outside of the NBA, as the job only requires you to come in on game night.