LeBron James is, without a doubt in anyone's mind, one of the greatest players to ever step on the hardwood. With a chiseled physique and feline quickness. His powerful body and ability to drive to the basket is unprecedented by any player, even Michael Jordan, arguably the greatest player of all time. His basketball IQ and his ability to score from everywhere is frightening for opposing defenses. He has the passing ability of Magic Johnson and the human freight train power with a high leaping ability puts him in the conversation as one of the best athletes of all time.

More Than a Great Player

LeBron James is debatably the greatest ever basketball players. Recently, James has expanded his brand beyond the court. This includes his 'I Promise' School and his sponsorships.

Who the School is For

James grew up with a rough background and hopes to give underprivileged kids the opportunities he never got to have when he was in school. The schools are meant for at-risk kids, to give them a chance at a safer life with more opportunities.

What His School Offers

What LeBron's school offers are new backpacks, books, t-shirts, school supplies, bikes, helmets and, most importantly, two healthy meals a day. The greatest part is that all of these benefits are free.

LeBron's school offers free tuition to the University of Akron for each student who graduates his school. There are not many schools that have free tuition for all students. James' use of his extraordinary wealth is an honorable deed that many other athletes attempt to emulate.

Hope It Does Not Turn Into Scott's Tots

LeBron's school has been equated to Michael Scott's promise to Scott's Tots, a reference to the T.V. show The Office. In the episode Scott's Tots, Michael Scott makes a promise to young student's that he would pay their college tuition. By the time the students grow up Scott is not wealthy enough to pay their tuition, and has to break his promise. While this funny episode of The Office might be a fun comparison, LeBron James has a nearly endless amount of funds and hopefully can deliver on his promise.

If you are going to play against LeBron, you have to understand how he plays. In his 15-year and counting career, he has mostly been a player who drives to the basket. Although, there has been an improvement on his jump shot. Here are some things I would do against LeBron.

Stay in the Paint

I would stay in the paint and force him to make jump shots because it is the lesser of two evils. Making him make jumpers rather than driving to the basket and dunking it would be my main defensive strategy.

On the offensive end, I would drive to the basket, but knowing he would try to block my shot. James is much taller than most players, allowing him to block with relative ease. Pump fakes could open up a lane for a secondary move, which would likely be necessary to beat James. Another option on the offensive end is to start shooting jumpers from the perimeter. With success, James would have to respect the outside shot. This would open up a chance to drive and put up floaters and hook shots. 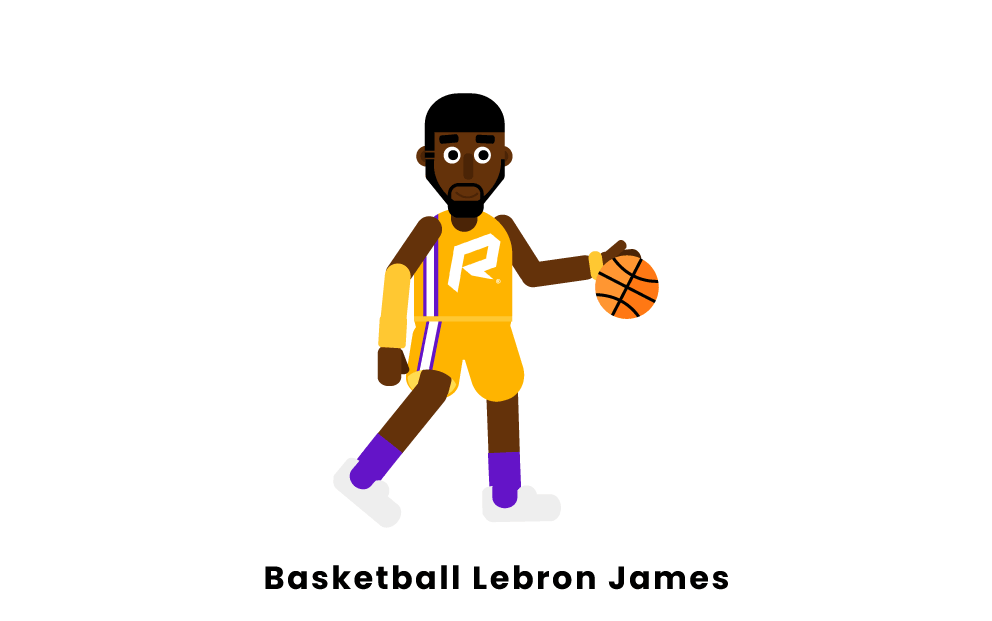 What is Donald Trump's history with lebron james?

Donald Trump is the President of the United States. His rhetoric and views have been known to rub some people the wrong way. LeBron James, one of the greatest athletes in the world and possibly the greatest basketball player of all time has had issues with the president's rhetoric.

President Trump has had strong opinions about James too. Trump has tweeted about James many times. Back in 2012 they were positive tweets about LeBron's great skill. However, once James took a bit of a stand against Trump, the president began targeting James as he has done with many other who speak out.

What is something that needs to be said about Lebron James?

LeBron James is one of the best players to ever play the game of basketball. His strength, quickness, size and athleticism makes him one of the hardest players to defend. He is a four-time MVP and three-time NBA champion.

With all great athletes, they are criticized with everything they do and LeBron is no different. However, LeBron might be the most criticized basketball in the history of the sport. Every mistake and loss is analyzed at a microscopic level. Since he is believed to be the best basketball player ever, any mistakes bring his legacy into question.

In the summer of 2010, after the Cleveland Cavaliers were eliminated in the Eastern Conference Finals by the Boston Celtics, LeBron made a decision to switch teams to the Miami Heat to play with fellow stars, Dwyane Wade and Chris Bosh. It was not just his decision to leave the only franchise he ever knew, but also, it was the way he did it. LeBron put on an hour-long, ""The Decision"" on ESPN. After his decision, he was highly criticized for joining two other stars. James would later return to the Cavaliers, and win a championship in 2016. After the 2018 season, James left Cleveland a second time to go play for the Lakers.

In the 2011 NBA Finals, the Miami Heat were up two games to one, but lost four games to two to the Dallas Mavericks. The star-studded and favored Heat were outplayed by the Mavericks. LeBron shouldered much of the blame as he didn't play up to his superstar status in the last few games. In game four, he had eight points on 3-of-11 from the field, seven assists and nine rebounds. In game five, LeBron had only 17 points on 8-of-19 shooting from the field.

Joining the NBA straight from St. Vincent St. Mary High School in 2003, he is now entering his 17th season. He is listed as 6'8" tall and weighs 250 lbs. He is considered a small forward.

James' ability to play any of the five positions truly makes him so good. He can dribble, assist, shoot, dunk, and stretch the floor on offense. Conversely, James can block, steal, rebound, switch players and defend anyone on the court. This makes him versatile and better than his competition.

Health is also a big factor in this discussion. LeBron has played relatively injury-free for his entire career. Being able to endure pain and punishment from opponents is one attribute fans and media cannot quantify in numbers. Being on the court is essential to victory and James rarely misses games.

His conditioning is top-notch and a big reason why he's been able to last so long in the league. No other player resembles his physical attributes. At 33 years old, there is no signs of James slowing down. He will continue to be an All-Star player for the remainder of his career and can certainly play at a high level for another four to five seasons. James hopes to bring championships home to the Lakers, and will work with newly acquired Anthony Davis to do so.