A basketball player is an athlete who plays the sport of basketball. Basketball players can play a variety of positions such as point guard, shooting guard, small forward, power forward, or center. These athletes must be good ball-handlers and be able to shoot, pivot, dribble, and pass during a game. 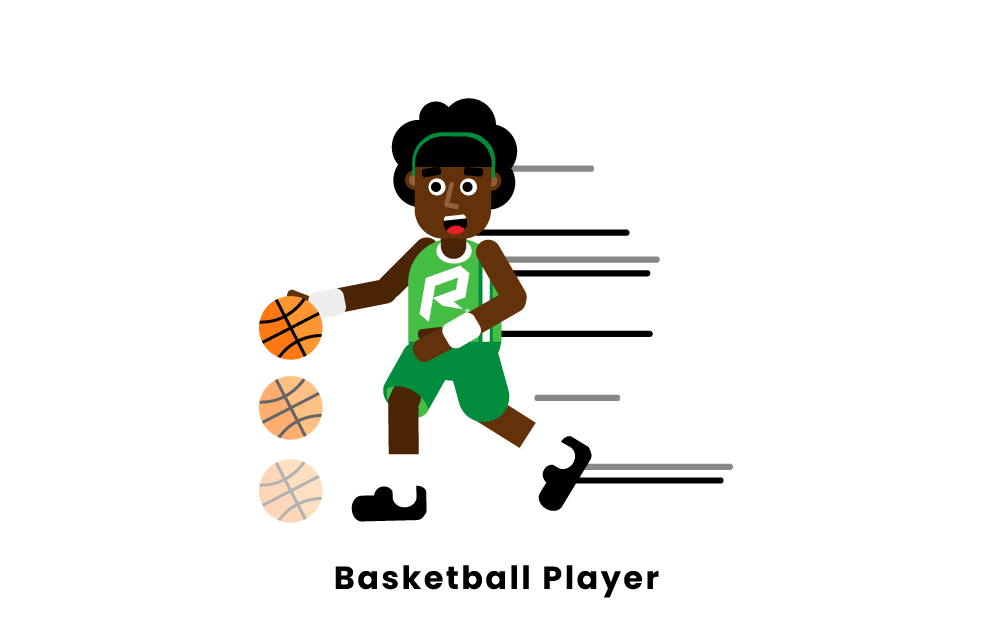 Basketball is a game that can be played at almost any age and with any level of skill. Because of this, children typically begin playing basketball around age 8. These players are not usually very good and are only beginning to learn the basic skills and rules of the sport. These are the lowest levels of basketball players, since they are very young and only just beginning.

There are levels made of just about every age level, with elementary school players beginning to develop real skills and technique before moving to a very competitive and skilled high school environment. High school level basketball players typically play on two teams, one for school and one for a club.

If a player is talented enough to play in college, they will be competing against solid competition with basketball players that have probably advanced all the way from the youngest age level. Beyond college, players can participate in recreational leagues for adults, play professionally in leagues like the NBA or WNBA, or play internationally. Playing professionally is considered the highest level of competition for basketball players and requires the most amount of skill, since not many players are able to make it to that level.

What Makes a Basketball Player?

Anyone who plays basketball, from the early levels to professional leagues, is considered a basketball player. The only requirements are being able to follow the rules of the game and perform the basic tasks like dribbling, passing, or shooting. Though some may be much more skilled than others, anyone can be a player. Even the best players were once only beginners!

What Does a Basketball Player Do?

Basketball players do not just compete in games, they also have to train and practice to improve their skills. Though some players will take the sport much more seriously than others, players should be practicing as often as possible, working out in a gym to maintain strength and fitness, and competing in games for team wins.

There are five main positions in basketball for players to compete as, including: center, point guard, shooting guard, power forward, and small forward. These all require specific skills that different basketball players may possess.