Shooting guards are valuable players on a basketball team, who are known for making shots from beyond the three-point line and being one of the primary players responsible for stealing balls on defense. The shooting guard is also known by the abbreviation “SG,” and is occasionally referred to as the “two,” the “two guard,” or the “off guard.”

As a shooting guard, you should be a strong shooter around the perimeter of the court. Like every position, the shooting guard must be able to transition between offense and defense efficiently.

There are four main types of shooting guards in basketball, which are:

Shooting guards are also known as off-guards. Off-guards are primarily responsible for making three-pointers from an area of the court called downtown.

Shooting guards are known as wing players because they play in the wings and corners of the court.

Occasionally, despite their primary positioning on the downtown and wings, shooting guards will be asked to bring up the ball when their team is on offense. Shooting guards who perform both of these duties are sometimes referred to as “combo guards,” because they are more versatile. 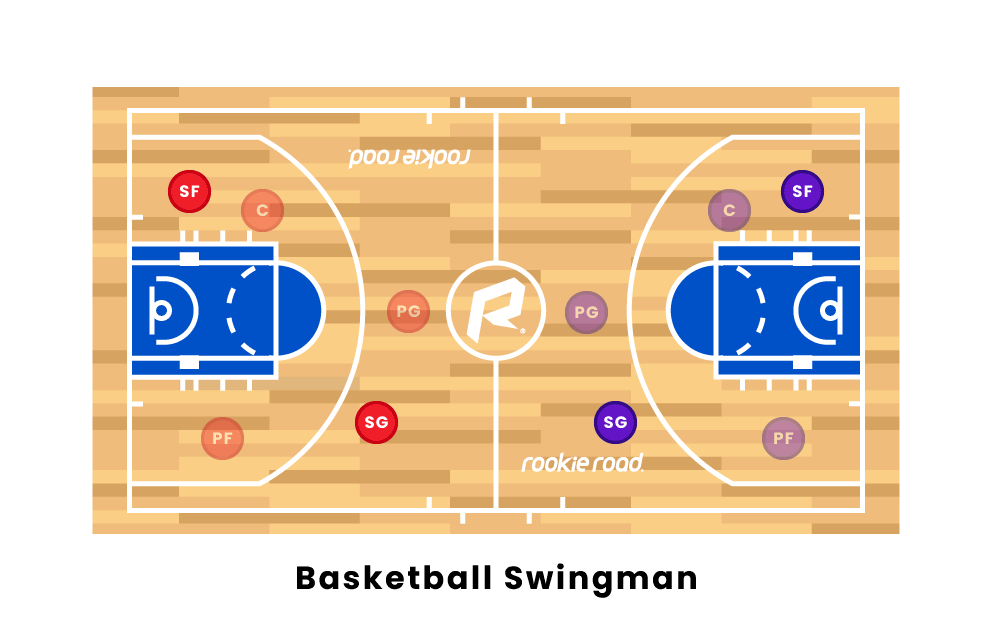 The stats that are important measures of success for a good shooting guard are scores, assists, and rebounds:

Obviously, points-scored is the primary stat that shooting guards want to improve. The more points a player scores, the better their team does, and the better their prospects are in general regarding things like contracts, trades, and sponsorships.

Aside from scoring, assists are another important stat for shooting guards. Assists are great for improving team unity, and of course result in points. A shooting guard who can participate in assists will be seen as a team player, someone who is good at communicating with teammates and who understands how to respond to the constantly-shifting scenarios of the game.

Rebounds are a final important statistic for shooting guards. As players who position themselves near the hoop, shooting guards are in a prime position to make rebounds and convert them into offensive points. A great shooting guard will be able to spot potential rebounds, get into position to receive them, and then capitalize on them in order to get points.

The following lists some of the top current and former shooting guards in the NBA by team:

What shooting guard has the most points all-time?

Amongst all shooting guards, Kobe Bryant has the most points with a total of 32,382. Bryant scored every single one of those points as a member of the Los Angeles Lakers, and he is widely considered one of the greatest basketball players of all time.

What is the difference between a shooting guard and a point guard?

What does a shooting guard need to be good at?

The most essential skills found in a great shooting guard are the ability to shoot from distance and defend on the perimeter. The ability of a shooting guard to effectively hit three-point shots allows them to be a scoring weapon for their team. Additionally, their ability to defend against the three-point shot enables them to shut down opposing guards looking to rack up points from beyond the arc.