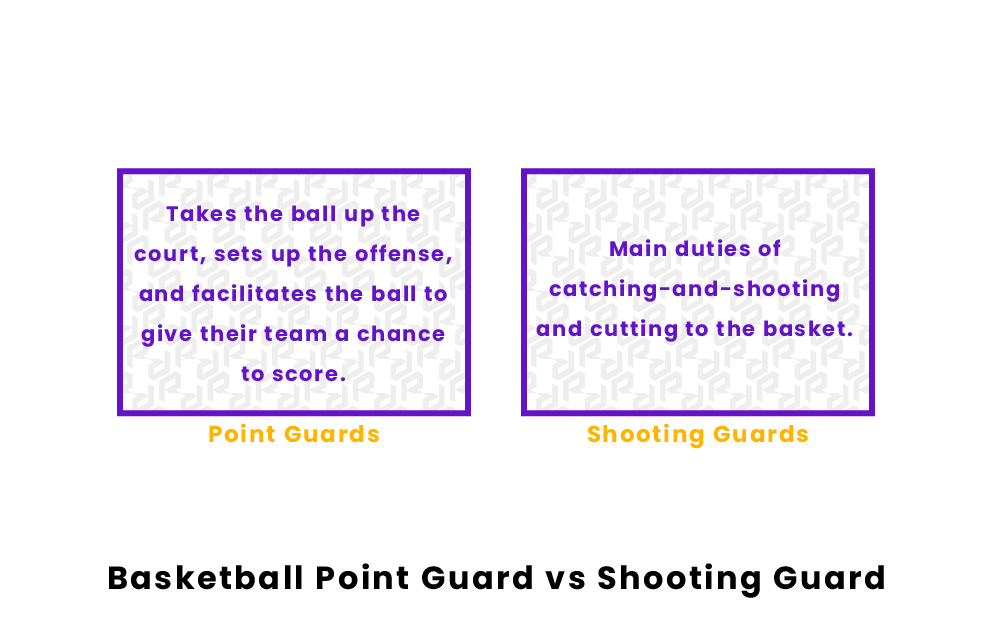 Generally, the point guard takes the ball up the court, sets up the offense, and facilitates the ball to give their team a chance to score. Point guards are often referred to as floor generals, which means that they get the rest of their teammates in the right positions on offense. Additionally, they will be the ones who get most of the assists off made baskets. Point guards can also be their team's main scorers, though, as players like Stephen Curry and Damian Lillard do in today's NBA.

A "combo guard" refers to a player who is capable of playing either point guard or shooting guard. Combo guards are becoming more and more common in the modern game.

Overall, the biggest difference between point guards and shooting guards are that they fill different roles on the court. There are some broader differences, such as height and statistical trends, that come into play as a result of this, but the facilitating vs scoring roles are the largest differences.