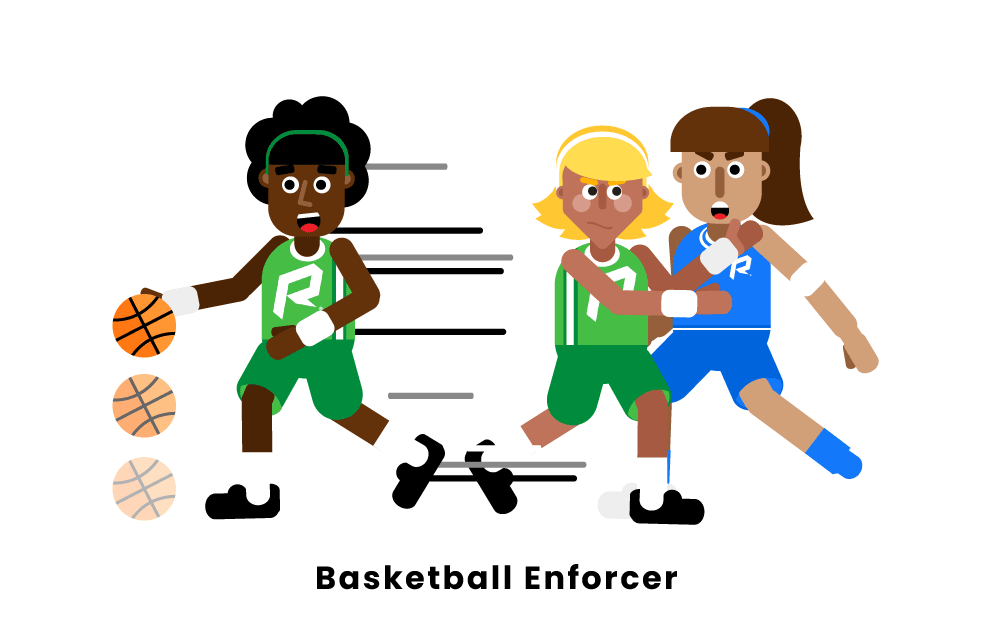 An enforcer in basketball is a player that is tough and defensive-minded. Enforcers are generally not skilled shooters or ball handlers. Instead, they are mainly responsible for protecting teammates and getting lots of rebounds during a game.

During the course of a basketball game, there may be times in which players need to be protected from the opposing team.

For example, in order to neutralize a team’s best player, the opposing team may commit hard fouls on that player (i.e. forcefully knocking the player to the ground on a shot attempt).

While this is technically against the rules and warrants a flagrant foul call in most cases, players can often make unnecessary contact seem incidental such that the referee assumes they were targeting the ball and not the player.

If a team becomes convinced that the opponent is purposely trying to injure or scare one of their players, the enforcer is often called upon to ensure that the tactics do not continue. The enforcer will simply impose a little extra physicality on the other team until the message is received. In more rare cases where a brawl breaks out between the two teams, the enforcer is expected to be the first one on the scene, shielding teammates from any potential harm.

Enforcers are usually strong, stockier players that do not shoot or dribble particularly well. Enforcers are nonetheless good athletes, allowing them to excel at rebounding. When a shot is missed and caroms off the rim, enforcers are expected to block out opposing players with their bodies and jump up to grab the ball.

Rebounds are an extremely important part of the game of basketball, allowing the offense to get extra chances after missed shots or helping the defense to gain possession of the ball. Boxing out the opposition and grabbing rebounds is often labeled as ‘dirty work’ within the game of basketball, as it requires a great deal of mental and physical toughness to do the job on a consistent basis.

Since enforcers merely specialize in certain areas, they tend to be used situationally and log less court time on a per-game basis than most of their teammates.

When a team desperately needs rebounds or notices that the opposition is playing a particularly rough type of basketball, the coach will often call on the enforcer to solve the problem.