Defense in basketball can be run in a man to man formation or in a variety of different zone defensive sets. Defenders should utilize a proper defensive stance, keep track of the player(s) they are guarding, and always know where the ball is located. They should also be ready to help their teammates on defense, rebound, and box out. Some basketball players will consider themselves "defensive players" because they are more defensive-minded and consider themselves better players on defense than on offense. 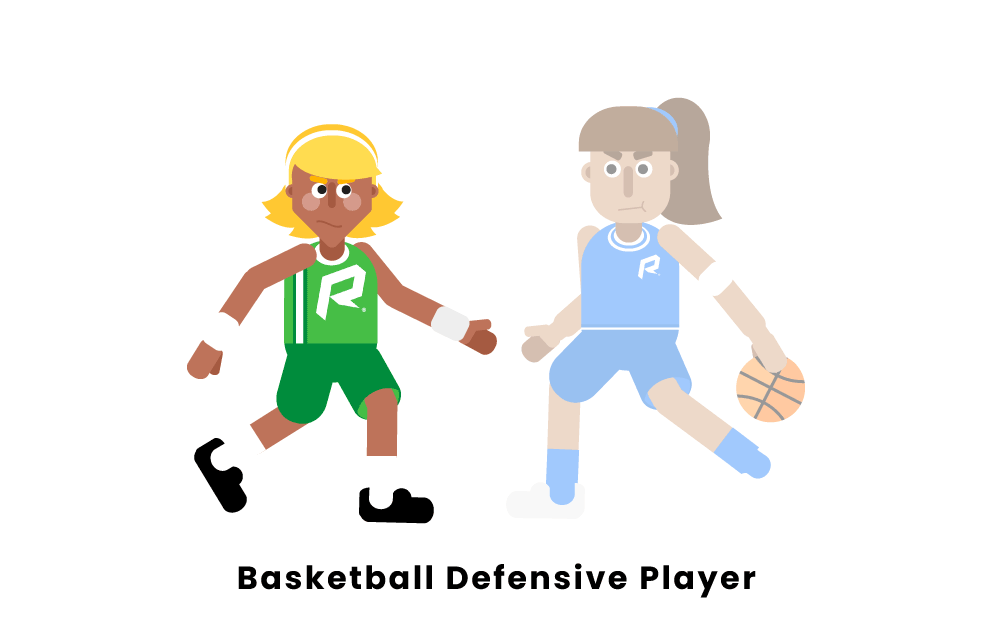