In basketball, a "big man" refers to just that: a physically large player. This comes with the expectation that the player will play a certain position; usually a center. A team's big men or "bigs" usually refer to the players on their roster at the center (and sometimes power forward) position.

In the NBA, big men are usually over 6'9", and at least 200 lbs. These are the guys who can use their exceptional height and weight to rebound, block shots, set wide screens, and post up. In recent years, the "stretch big" phenomenon has increased the popularity of big men who can shoot from outside in addition to grabbing rebounds and playing physically. Examples of stretch bigs include Dirk Nowitzki, Brook Lopez, and Nikola Jokic. 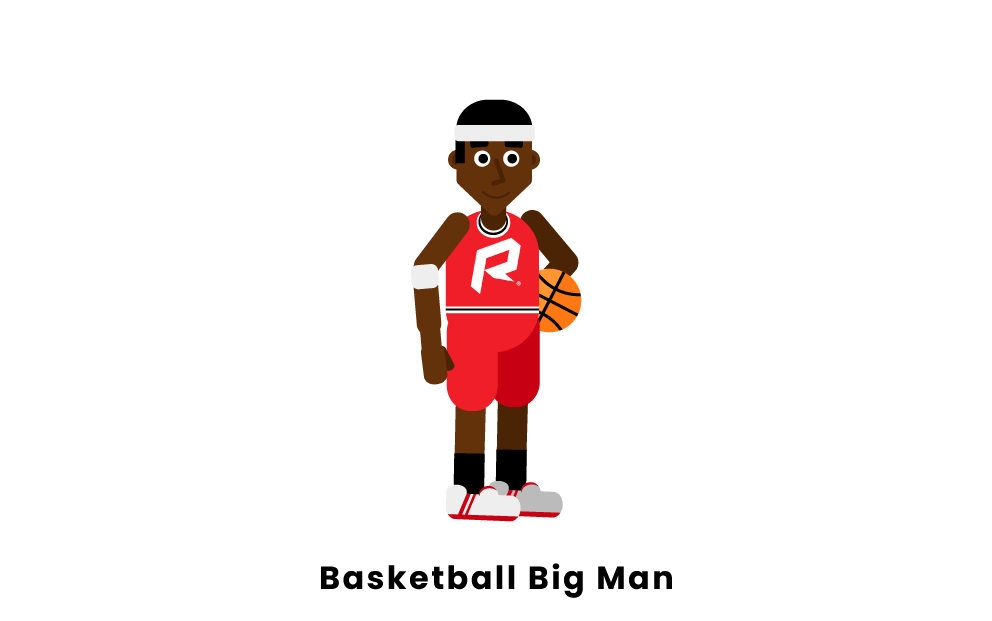 Having a capable big man can be a big help to a team. However, big men can also be difficult to keep on the court. The "small ball" offenses that have recently dominated the NBA rely more on quickness and shooting-qualities rarely associated with big men. The inability to keep up with these quicker players can make certain big men unplayable.

Big men are still valued in the NBA and other leagues, though. Adding shooting ability in addition to post moves can be an extremely valuable asset for any big man in the league. Additionally, any player (regardless of size) that can knock down three-pointers and thereby help "stretch the floor" is valuable to an offense, because it makes the defense guard the perimeter instead of devoting more attention to the rest of the court.

Biggest of the Big

Some famous big men include Shaquille O'Neal, Yao Ming, and Charles Barkley. The tallest player in NBA history was Manute Bol at 7ft 7in. The heaviest was Olliver Miller at a whopping 375 lbs.