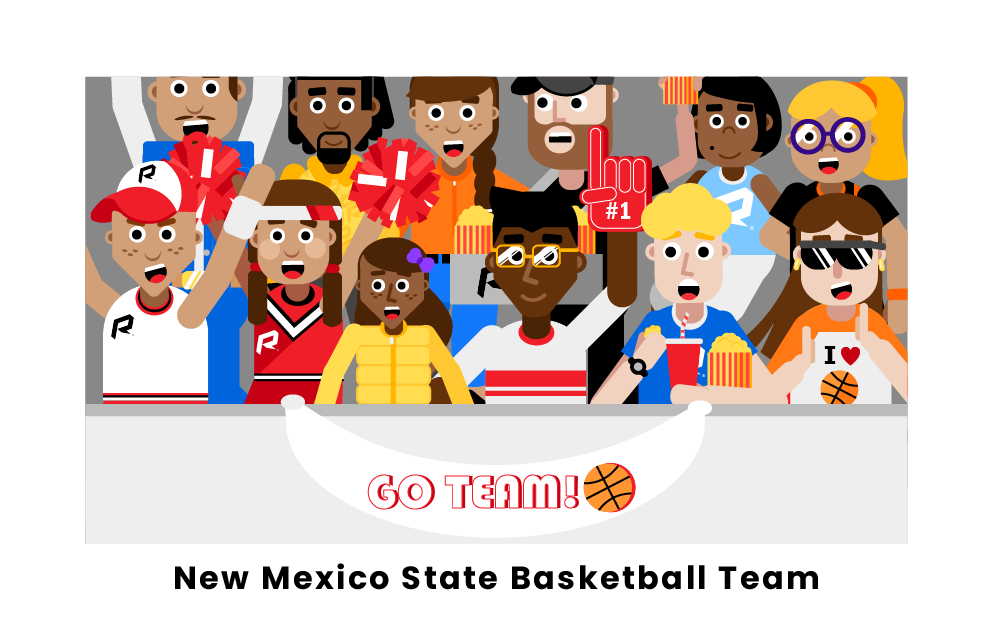 A five-point loss to Arkansas in the second round of the NCAA tournament marked the end of a twenty-seven-win season for the New Mexico State Basketball team. The Aggies, who have been competing for over one hundred fifteen years, are now one of the main teams in the Western Athletic Conference.

The New Mexico State basketball team program was established in 1904 when the Aggies played only one game. The program was not affiliated with any conference for twenty-six seasons, and instead, it was among the pool of independent teams. The school then joined the Border Intercollegiate Athletic Association in 1931. Since then, the Aggies have competed in the MVC, PCAA, and the Big West and are now in the Western Athletic Conference, which they have won seven times.

In one hundred eighteen seasons of activity, the Aggies have become a constant threat in the Southwest. The program, which has reached the tournament twenty-six times, has showcased all-time collegiate talents such as three-time NBA Champion Randy Brown and Sacramento Kings legend Sam Lacey. 2019 NBA Champion and 2020 NBA All-Star Pascal Siakam from the Toronto Raptors and Trevelin Queen from the Houston Rockets are now the only active Aggies in the NBA.

After a 12-8 season and a missed tournament berth, the New Mexico State Aggies dominated the scene in the Western Athletic Conference and entered March Madness as the twelfth seed in the West region. Thanks to a ten-game winning streak, the Aggies were able to clinch the regular-season title before bringing home the conference tournament championship. Juniors Teddy Allen and Sir’Jabari Rice led the team in scoring. New Mexico finished the season with a 27-7 record after losing to Arkansas in the second round of the tournament.

Who is the winningest coach in the history of the New Mexico State Basketball Team?

With three hundred seven wins, Lou Henson is the all-time winningest coach in the history of the New Mexico State basketball program. After playing for the school from 1953 to 1955, Henson went back to the program in 1966 when he was appointed as the head coach of the Aggies. In his fourth season, Henson took the team to the Final Four, where they lost to UCLA. Henson then left the program in 1975 before going back for a second stint from 1997 to 2004.

How many New Mexico State players have been drafted to the NBA?

Since 1952, eighteen New Mexico State alumni have been drafted to the NBA, four of which were selected in the first round. Wayne Yates and Sam Lacey, both selected fifth in the first round, are tied for the highest draft picks in the school’s history, while Randy Brown and Pascal Siakam are the only Aggies alumni to have ever been crowned NBA Champions. Pascal Siakam is also the only Aggie to have earned an NBA All-Star nod.

How many times has the New Mexico State basketball team made it to the Final Four?

Despite qualifying twenty-six times for the NCAA tournament, the New Mexico State Aggies have only made it to the Final Four once in their history. The team, coached by Lou Henson, reached the National Semifinal in 1970, where they lost to UCLA to conclude a 27-3 season, the best in the program's history.