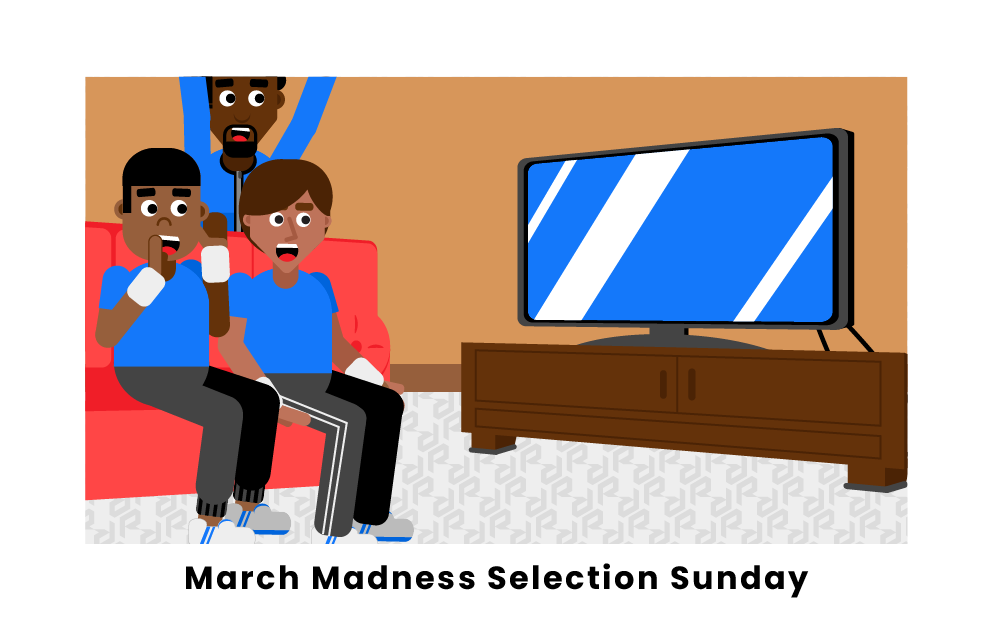 Selection Sunday is the first step of March Madness every year. March Madness is a single-elimination tournament in which 68 Division I college basketball teams compete for three consecutive weeks for the national championship title. Even though its official title is the NCAA Basketball Tournament, this annual competition is often called March Madness due to its scheduling yearly from mid-March to early April.

What Is Selection Sunday In College Basketball?

Selection Sunday is the day that officially marks the start of the NCAA Division I Men's Basketball Tournament (March Madness). On Selection Sunday, the selection committee picks the field that will compete in the upcoming March Madness tournament. The date of the event changes from year to year, but it is always the last Sunday before the tournament games begin.

On this day, the selection committee finalizes its vote for the 36 at-large teams and the final bracket of 68 is broadcasted on television.

Selection Sunday has been marketed heavily over the years, and has become a spectacle for viewers all across America. CBS broadcasts the unveiling of the bracket, along with constant analysis from former players and experts.

One way CBS makes the selection show more entertaining for its viewers is by broadcasting the reactions of teams. Seeing a team get ecstatic after hearing their name called makes for good television. Even the capturing of heartbreak for a team that did not make the field makes the viewer feel for them. Seeing a team’s reaction helps fans feel a greater connection to the athletes, and increases their overall interest in the tournament.

The selection committee is in charge of picking the 68 teams in the tournament. It is their decisions on rankings and seedings that decide the bracket. The selection committee is made up of 10 administrators from participating schools and conferences. These 10 members vote on each team being considered for the March Madness tournament. Administrators representing the same school or conference that is being voted on are not allowed to be in the room when discussing these teams.

While the television spectacle has been a recent development, Selection Sunday has always been about the bracket being released. With the bracket comes several important pieces that fans are looking for, which are discussed below:

The bracket that is released contains teams separated into four different quadrants, each composed of 16 teams. These teams are seeded from 1 to 16. Seeding is important, as higher seeds get to play lower seeds as well as play close to their home stadium.

On Selection Sunday, the bracket is released with 68 teams; however, four teams must be eliminated before the tournament really begins. These eight teams compete for the last four spots remaining, with the winners clinching a seed in the tournament, and they are announced with the rest of the bracket during Selection Sunday. The four play-in games are played a day or two prior to the round of 64, and are thus known as the “First Four,” as they mark the true start of March Madness.

After the 68 team field is finalized, the selection committee also releases a list of the “first four out.” These are the four highest-ranked teams that did not make the cut, and they are listed in order of how close they were to making the tournament. If a team were to drop out of the tournament, decline their invitation, or get disqualified before games began, a team from the “first four out” would fill their spot. Otherwise, the first four out teams are typically given a No. 1 seed in the National Invitation Tournament (NIT), which also has its bracket released on Selection Sunday.

What is Selection Sunday in NCAA Basketball?