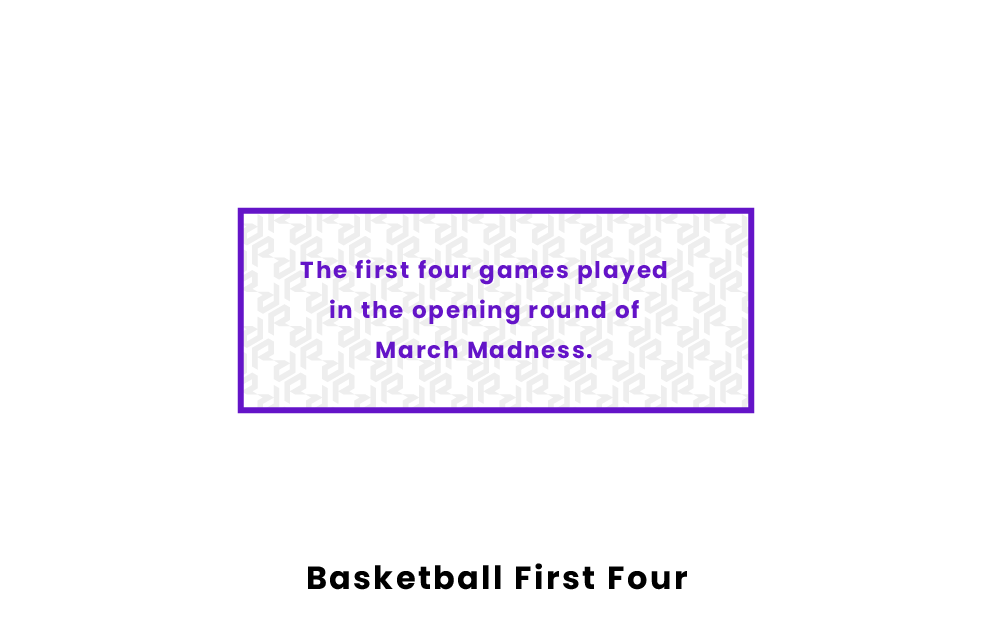 The First Four in basketball refers to the play-in games for the NCAA March Madness Tournament. There are four games played before the Round of 64 in order to determine the final four teams to join the tournament.

Who Plays in the First Four?

The eight teams playing in the First four are the four lowest automatic-bid teams, and the four lowest ranked at-large teams (65, 66, 67, 68). The automatic bid teams are teams that automatically qualify for the tournament by winning their conference championships, and 32 of the teams in the tournament receive automatic bids. The lowest automatic-bid teams are usually weaker than the lowest at-large teams, as they are oftentimes lesser teams that had a good run in their respective conference playoffs.

What Seeds Are at Stake?

The four lowest nationally-ranked at-large teams will compete for two available number 11 seed spots. Teams 65 and 66 will play one game, and teams 67 and 68 will play another, and the winner of each match will earn a spot in the First Round as 11 seeds.

When Are the Games Played?

The First Four are typically played on the Tuesday and Wednesday after Selection Sunday. This ensures that the teams playing in the First Round on Thursday and Friday will have at least one day to rest and travel.

From 2001 to 2010, the NCAA tournament used an “Opening Round” model. This model had only one game between two teams, and the winner was awarded one of the 16 seeds.

The need for an opening round arose in 2001, when there were 31 automatic bids and 34 at-large bids. This means 65 teams received bids for 64 spots, so one team had to be eliminated in an opening round.