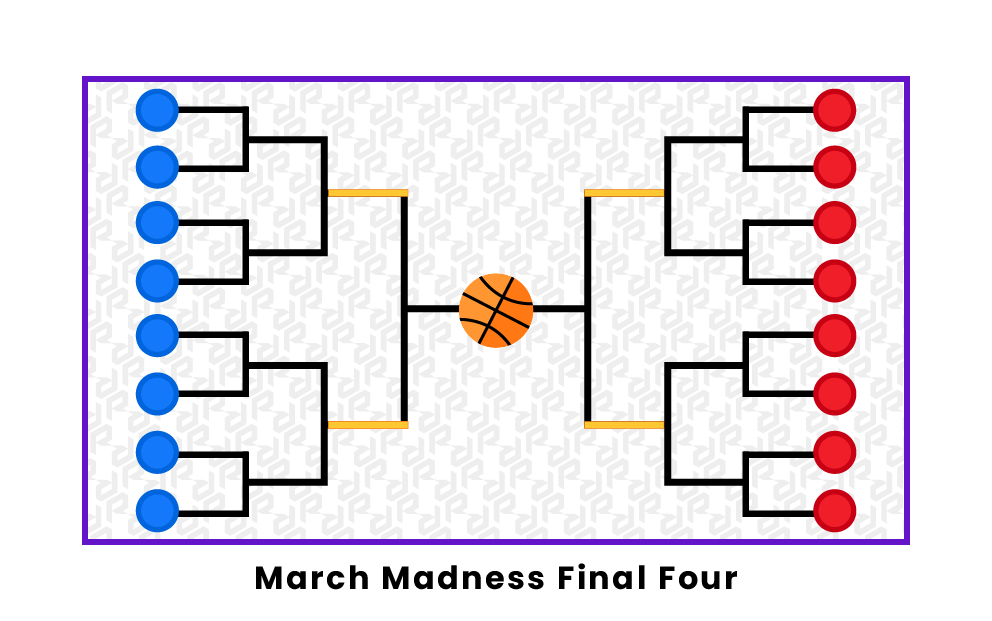 What Is the Final Four in Basketball?

The Final Four is the semifinals of the NCAA Division I Basketball Tournament. As the name implies, there are four teams left in the tournament at this point, one from each section or region of the bracket.

How Are Matchups Decided in the Final Four?

Number 1 Seeds in the Final Four

Each number 1 seed should theoretically make it out of their region to the Final Four, but this has only happened once since the NCAA adopted the 64-team format in 1985. Memphis, Kansas, North Carolina and UCLA all made it to the semifinals in 2008 after earning the distinction of being a 1 seed going into the tournament.

What team has the most Final Four appearances?

What is the lowest seed to ever make the Final Four?

The lowest seed in the tournament to make it to the Final Four is an 11 seed, with five teams accomplishing the feat. These teams were LSU in 1986, George Mason in 2006, VCU in 2011, Loyola Chicago in 2018, and UCLA in 2021. However, none of these teams went on to win the championship.