In basketball, the postseason is done in a bracket format. A bracket is a visual representation of a tournament, it contains every team competing and displays which team wins in every matchup. Teams are assigned accordingly into the bracket based on their seeding. Below is an image of a bracket. 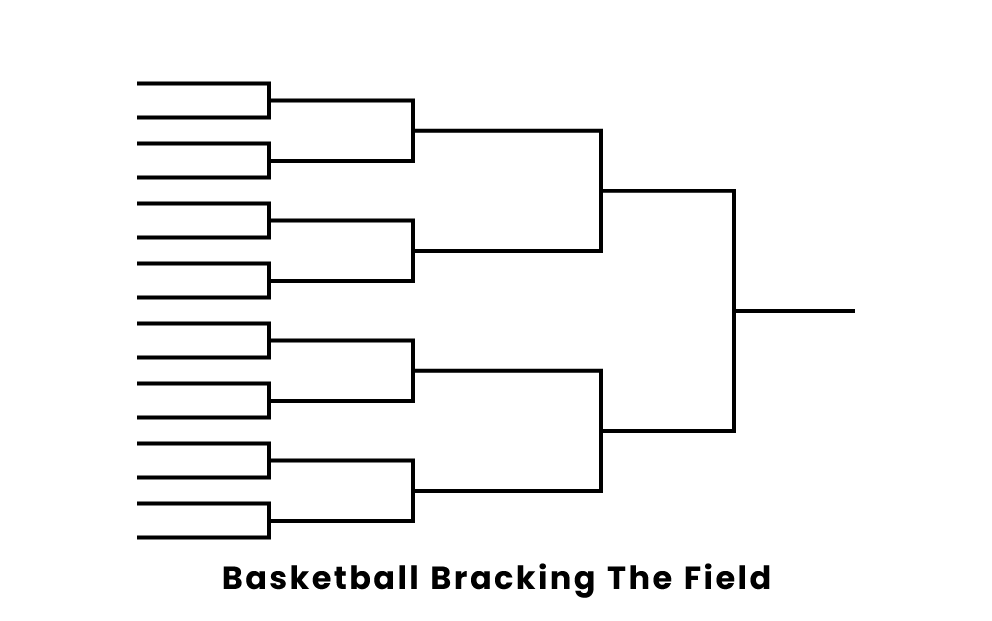 In college basketball there is a postseason tournament known as the NCAA Tournament, or March Madness. There are 64 spots in the tournament bracket. Once the teams are selected they are bracketed into the field. This is the process by which the 64 teams are separated into four regions, each with 16 teams. In every region there are four pods with two games in it. The placement of seeds into the tournament is the same every year. For example, during the First Round, or the Round of 64, the following teams must face off against each other in all four regions:

Meanwhile in the NBA, less teams make the postseason. The "Playoffs' as they are called, are made up of 16 teams - eight from each conference. Teams are seeded into the competition based on their win-loss records within their conference, with 1 being the best seed and 8 being the worst. The first round matchups are based on each team's seed and go as follows.