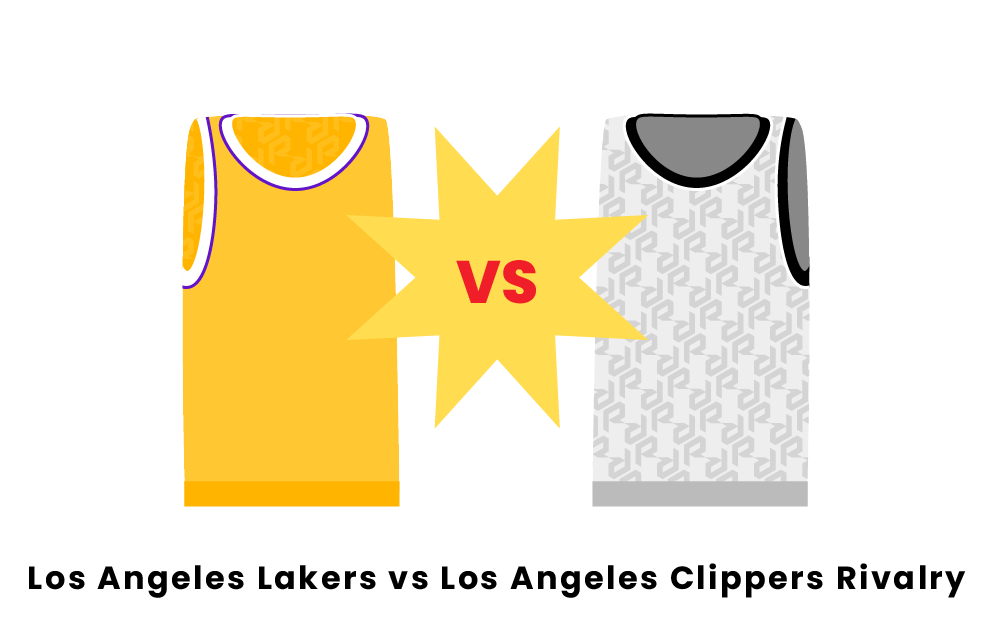 The Los Angeles Clippers have long suffered indignities as the underdog to the richer, more popular, and successful Lakers. The celebrities all loved the Lakers, and the Clippers couldn’t win a game. However, fortunes have now turned, and both teams are filled with star players and on the road to victory.

The rivalry between the Los Angeles Lakers and Los Angeles Clippers was not competitive until a few years ago. The Lakers had long been the star-studded crowd favorite basketball team in Los Angeles, achieving much more success and popularity than the perennially underperforming Clippers. The rivalry officially began when the Clippers moved to town in 1984, into the Los Angeles Memorial Sports Arena, which was the old home of the Lakers. The Clippers lost their first game against the Lakers, and the players acknowledged that their record would have to improve for the rivalry to be taken seriously.

The Clippers continued to operate entirely in their crosstown rival’s shadow until 1992, when they made the playoffs for the first time since 1976 and won more games than the Lakers two seasons in a row. This proved to be a blip, as the Clippers continued to struggle until the 2010s, when stars like Blake Griffin and Chris Paul, along with coach Doc Rivers arrived to begin the team’s revitalization. In 2013, the Clippers won the season series against the Lakers and both teams made the playoffs. Both teams have made NBA Western Conference Finals appearances since then and continued to add weapons to their rosters, such as Kawhi Leonard to the Clippers and Lebron James to the Lakers. Although some players still don’t take the rivalry seriously, deferring to the Lakers’ continued dominance, the “Battle of LA” is the hottest it’s ever been, with both teams presenting serious playoff contenders in the early 2020s.

Lakers at Clippers on January 14th, 2012: Chris Paul scored 33 points, leading the Clippers to victory over the Lakers, despite Kobe scoring 42. Paul had been added to the Clippers at the beginning of the season after NBA commissioner David Stern nixed a trade to the Lakers.

Clippers at Lakers on December 25th, 2016: After losing an embarrassing 11 straight games in their matchups against the Clippers, the Lakers snapped the streak with a Christmas Day win, thanks to 19-point games from Nick Young and Timofey Mozgov.

Lakers at Clippers on January 31st, 2019: Lebron scored 24 points in his first game back after missing 17 games due to injury. The Lakers had a 14-point lead in the fourth, which they blew, finally managing to squeak out a win in overtime.

Kawhi Leonard, Clippers forward from 2019-Present: An award-winning defensive player, Kawhi Leonard has taken both the Spurs and the Raptors to a championship, and now plays for the Clippers.

Chris Paul, former Clippers guard from 2011-2017: Chris Paul was slated to be traded to the Lakers in 2011 but, after league intervention, went to the Clippers instead. He was integral to the team’s success during the early 2010s.

Lebron James, Lakers forward from 2018-Present: One of the greatest basketball players of all time, Lebron James has led the Cavaliers, Heat, and Lakers to championships.

Matt Barnes, Former Clippers forward in 2004 and from 2012-2015; former Lakers forward from 2010-2012: Over his 14-year NBA career, Matt Barnes played for several teams, including two stints with the Clippers and one with the Lakers.

Why are the Lakers and the Clippers rivals?

The Lakers and Clippers are rivals because they are both based in Los Angeles. Since 1999, the teams have even shared an arena, leading games between the two to sometimes be called the “Hallway Series.” Prior to that, the Clippers occupied the Lakers’ old arena, underscoring their role as the underperforming little brother in the rivalry. Historically the Lakers have been much more popular and more successful in the NBA, giving the rivalry a distinct underdog dynamic.

When did the rivalry between the Lakers and the Clippers start?

The rivalry between the Lakers and the Clippers started on November 24th, 1984. This was the first time the teams had faced each other since the Clippers moved to Los Angeles from San Diego. Although the Clippers were a struggling team, they drew a record crowd for home games in their first matchup against the Lakers at their new home in the Los Angeles Memorial Sports Arena. The Lakers won this game, and the Clippers have historically played the underdog role in the rivalry.

Where do the Lakers and Clippers play?