The Toronto Raptors is an NBA franchise based in Toronto, Canada; the team plays in the Eastern Conference and in the Atlantic Division . The Raptors is the only of 30 teams in the NBA that is not based in the United States. Given that, the Raptors are considered by many to be Canada's team, representing a whole country and not just the city of Toronto. However that was not always the case, the Raptors were founded in 1995, after the NBA expanded to Canada with a franchise in Toronto and another in Vancouver. While the Vancouver Grizzlies would soon move to Memphis, the Raptors have stayed in Toronto since the beginning, and built a beautiful relationship with the city and the country. The franchise is also present in the G-League through their affiliate the Raptors 905

The Toronto Raptors' primary colors are red, black, silver, and purple. The team's identity and color scheme has changed over the years, and there are plans to have throwback jerseys and court designs beginning on the 2019 season. The Raptors play on the recently renamed Scotiabank Arena in downtown Toronto. The team has had one of the best attendance averages on the league, stimulated by the good phase on the recent years. The high attendance is due to a great game atmosphere, which includes the team's mascot, The Raptor, joking around and getting the fans excited. Different from other NBA franchises, the Toronto Raptors is not owned by a single individual, but rather by a company called Maple Leaf Sports, who also owns other professional teams in the city of Toronto. The team's acting governor is Larry Tanenbaum, who was recently elected president of the NBA's board of governors. In 2019 the Toronto Raptors, the underdogs, beat the Golden State Warriors to win their first NBA title.

Toronto has had a long relationship with basketball. The city had a professional team in the 40's the Toronto Huskies, who played in the league that would evolve to become the NBA. However, there is a near 50 year interval in which the city of Toronto did not have any professional basketball team. The raptors were very well received by the population of Toronto, showing that it was possible to have an NBA franchise outside the United States. Similar to other NBA franchises throughout history, a city wide contest as made to decide what would the new team's name be. The chosen one was "Raptors", much due to the success of dinosaur themed movie Jurassic Park. Jurassic Park is also the nickname given to the area in front of Scotiabank Arena where fans gather to watch the games on a big screen during the playoffs.

The team initially played at the Sky Dome, a big baseball stadium adapted to receive basketball games. Naturally the Raptors struggled at the beginning. However, the team's front office led by former NBA star and acting GM Isiah Thomas drafted young and exciting players like Marcus Camby and Damon Stoudamire, which would slowly improve the Raptors' record.

The year of 1998 can be considered one of the most important ones in franchise history. To begin with, Maple Leaf Sports and Entertainment acquired 100% of the franchise and the new arena that was under construction. MLSE already owned the NHL team Toronto Maple Leafs, and were looking for a new arena. By acquiring the Raptors and their future home, the company expanded their business into the Toronto sports scene while finding a new place for their hockey team, who till this day share the arena with the Toronto Raptors.

That season Isiah Thomas also resigned from his position as the team's GM. Thomas attempted to buy the franchise, but after his plan failed he stepped down as general manager. With that, former Rookie of The Year and the team's best player Damon Stoudamire requested a trade. Stoudamire would end um in Portland.

The previous year, the Raptors had drafted Tracy McGrady, who would become one of the greatest scorers in the NBA during the 2000's. McGrady did not have a great first year in Toronto, he felt very lonely in Toronto and did not play much. However that would change in 1998, when the team made a draft day trade for Vince Carter, who was picked out of North Carolina. Vince Carter and Tracy McGrady become inseparable, and helped each other flourish into All-Stars. They were Toronto's first big duo, taking the team to the playoffs for the first time. Unfortunately, both players would leave the team, and what they could have done for Toronto if they stayed together in the city during their primes is a huge "what if?".

After several delays, the Toronto Raptors would finally have a place to call their own. In 1999 the team's new million dollar arena, the Air Canada Center, was concluded. The new arena coincided with the Raptors best seasons yet, under the Vince Carter-Tracy McGrady duo. The Raptors were relevant, and the city of Toronto seemed to embrace the team each time more. Both the Raptors and the Maple Leafs still play at that arena, which is now called the Scotiabank arena.

Vince Carter had grown increasingly unhappy with the front office and with the direction the franchise was headed. Carter, who by that time was already an All-Star player requested to be traded out of Toronto. Carter would eventually be sent to the New Jersey Nets. Tracy McGrady had left many years before, and now with Carter a chapter in Raptors history had ended, and it was time to start a new one. The main piece of Toronto's rebuild was already in the roster. Drafted in the previous year, Chris Bosh was a skillful big man who showed promise and gave the city of Toronto hope. He would be the one leading the team to the playoffs the following years.

The offseason in 2010 was a wild one, many high level players were free agents, including Toronto Raptors' super star Chris Bosh. Bosh had developed into one of the league's best bigs, and would not be good for Toronto if he chose to play somewhere else next season. Unfortunately for Toronto, Bosh left for the Miami Heat, joining LeBron James and Dwayne Wade. Together the trio would win two consecutive NBA championships. With Bosh leaving, Toronto was again in rebuilding mode. With that, the team traded for picks and players, including Houston Rockets' point guard Kyle Lowry. Lowry would pair up with a shooting guard drafted in 2009, Demar Derozan, with whom who would create a strong on and off court relationship. 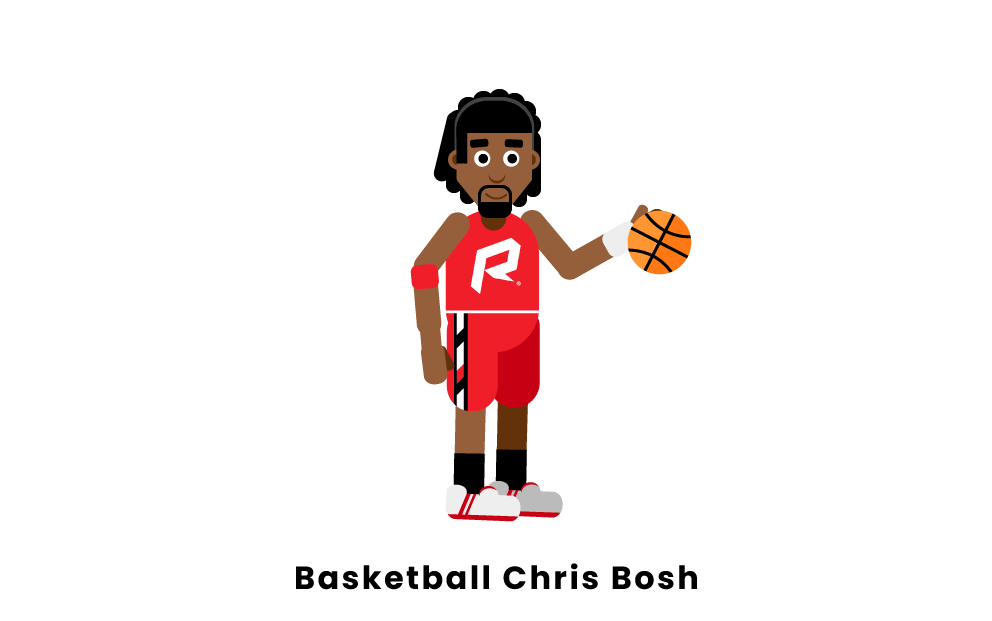 With Bryan Colangelo being dismissed from his capacity as the team's general manager, the Raptors were looking for a new, young, and forward thinking basketball mind to be the new GM. That person was Masai Ujiri, who would eventually elevate the franchise to the ultimate glory. Starting in 2013, Ujiri made smart trades and good draft decisions that would take the Toronto Raptors back into championship contention. Ujiri is often considered to be one of the top minds in the basketball business.

The Toronto Raptors had consistently been to the playoffs for a few years, guided by the Lowry-Derozan duo. Both players were appreciated by fans, and had developed into All-Stars, playing even in the 2015 All-Star Game held in Toronto. However, the team seemed to have some kind of block when getting to the playoffs. Repeated losses to lower seeded teams, and eliminations by LeBron James and the Cavs, gave fans and the media that the Raptors were chokers, and would never find success in the postseason. Masai Ujiri judged it was time to move the team's core. He traded fan-favorite Demar Derozan to the Spurs for Kawhi Leonard, the league's best two-way player. The move generated mixed feelings from fans, since Leonard was still healing from a very serious injury and reportedly wanted to play in Los Angeles. After one season with Toronto Kawhi Leonard left to the Los Angeles Clippers, however Ujiri's trade can be considered successful, given what happened on the 2019 season.

After trading for Kawhi Leonard, the Raptors' front office made a few more moves throughout the season that would significantly impact the team's chances to win a title, such as trading for Marc Gasol. First year coach Nick Nurse had a fantastic first season with the team, and Kawhi Leonard was back to his usual self, playing as a true MVP. The Raptors would come into the playoffs with the second best overall in the league, only behind conference rival Milwaukee Bucks. Toronto and Milwaukee would end up facing each other in the Eastern Conference Finals, and few people predicted the Raptors beating the Bucks and likely MVP Giannis Antetokounmpo. However, the Raps won for games in a row to beat the Bucks in six, advancing to the NBA finals for the first time in franchise history. The team would not have an easy task, as they would face the defending champs, the Golden State Warriors, who were wide favorites to take the trophy home.

Both teams played well and the series had close games. However, with stellar games from Kawhi Leonard and Kyle Lowry, and a lot of help from very consistent bench players, Toronto was able to top the Warriors, in six games and take up north the Larr O'Brien trophy for the first time. Kawhi Leonard was named MVP, and the title was crowning of hard workers in the Raptors team like Kyle Lowry, Masai Ujiri, veteran Serge Ibaka, and Marc Gasol. Raptors fans supported the team unconditionally through the whole playoffs, packing up Jurassic Park, and putting up a show during games. The support continued after game 6; around 2 million people went out on the streets of Toronto to celebrate the team's title in the trophy parade, making it one of the biggest championship parades in sports history.

The Toronto Raptors don't have any retired numbers yet. Some strong candidates to have their numbers retired in the future are Vince Carter, Kyle Lowry, Demar Derozan, and Kawhi Leonard. The team has a few banners celebrating some division titles, but most importantly, there is a banner celebrating the 2019 NBA Championship hanging inside Scotiabank Arena.