The New York Knicks are an NBA team based in New York City, NY. The Knicks play on the NBA's Eastern Conference, and on the Atlantic Division. The team is one of the oldest franchises in the NBA, being founded in 1946, as a member of the BAA, which would eventually become the NBA. Together with the Boston Celtics, the Knicks are one of two founding teams that did not changed cities in the NBA. Although there are several teams that have been more successful than the Knicks over the years, especially in the 2000's, the team is the most valuable franchise in the NBA, with an estimated value of 4 billion dollars. Playing in one of the largest markets in the world, New York City, and in one of the most emblematic venues in the United States, the Madison Square Garden, are the two main reasons the team is worth so much money. The man who has such a valuable team and his hands is James Dolan, who owns the team. Over the last few years Dolan has built himself an unfortunate reputation as one of the worst owners in the NBA. A few questionable declarations, a dysfunctional front office, and an extended losing period is what makes Knicks fans not so fond of the team's owner.

New York Knicks fans are known to be one of the most passionate and demanding fan bases in the NBA. Independently of the teams quality of play, the Garden is always filled with people wearing the Knicks colors, orange, blue, and white. Madison Square Garden is located in the middle of the city of New York, making it a spot for celebrities in game days. The arena is also shared with other New York City franchises. The Garden is the most traditional venue in NBA basketball, and it is called by many "The Mecca" of basketball. Attending a Knicks game there is a special experience for any basketball fan.

The New York Knicks were founded together with a new professional basketball league, the BAA. The name "Knicks" is short for Knickerbockers, a type of pants that dutch immigrants wore when they got New York, around the 1600's. The term would eventually be used to describe New Yorkers, hence the choice. The Knickerbockers faced the Toronto Huskies in Toronto in the new league's inaugural game. In the first years the team did really well, reaching 3 national finals, but losing all of them.

The Knicks were one of the few professional basketball teams to sign a black player to a contract. The Knicks signed former Harlem Globtrotter Nathaniel "Sweetwater" Clifton, a tall african-american player, who also had a special talent for basketball. Besides his basketball skills, Clifton also had a very likeable and public-friendly personality. With that, Sweetwater was loved by Knicks fans and the New York press. Clifton was an active member of the KNicks squad that made it to three consecutive finals during the 1950's.

With the 8th pick on the second round of the 1964 NBA draft, the New York Knicks selected a 6'9'' center out of Grambling State. The man was Willis Reed, who would become one of the best and most celebrated players in Knicks franchise history. Reed would be the center piece on the team that would finally take the New York Knicks to the ultimate glory, winning the NBA championship. Reed would go on to win the Rookie of The Year award, and also be named to the NBA All-Star Game in his first season with the team. Willis would play all his career for the Knicks, and in 1976 he was the first player in the franchise to have his jersey retired.

Anchored by Walt Frazier and Willis Reed, and guided by legendary head coach Red Holzman, the New York Knicks would win their first NBA championship, defeating the Los Angeles Lakers in the finals. The title came 24 years and 3 unsuccessful trips to the finals after the team's foundation. The finals, which was decided in 7 games, is considered to be one of the most exciting series in NBA history, all the games were close and several of them were decided on overtime. In the last game of the series, an injured Willis Reed entered the court to play, making the Garden go nuts and inspiring his teammates. The morale boost would help the Knicks beat the Lakers. Many of the players who played on that series would go on to be hall-of-famers, including Wilt Chamberlain, Jerry West, and Elgin Baylor for the Lakers; and David DeBuscherre, Walt Frazier, Willis Reed, Bill Bradley, and head coach Red Holzman.

The Knicks get past the Boston Celtics in a hard fought series that went up to seven games in the Eastern Conference Finals. The team had made it to the finals again in 1973 and had perished to the Los Angeles Lakers. In 1973, they would have their chance of redeeming themselves, as they would face the Lakers in the finals for the second year straight. By that time, most of the teams' stars were already beyond their prime, and this could be the last chance to win a title for many of them. The team had traded for veterans Jerry Lucas and Earl "The Pearl" Monroe, future hall-of-famers, to help Willis Reed and Walt Frazier on the playoffs. The Lakers still had former NBA stars Wilt Chamberlain and Jerry West, who were at the dawn of their careers and could not contribute as much as before. Curiously, in the Knicks roster there was a skinny forward of the name of Phil Jackson, and the Lakers had guard called Pat Riley. Both would become two of the most accomplished coaches in the history of basketball; Jackson would eventually coach the Lakers, and Pat Riley would later on coach the Knicks. The 1973 title was the last one until now in Knicks history. The year would mark the end of the franchise's most glorious days. Willis Reed would retire after the championship, putting a period in his history with the team.

After the 1973 title, the New York Knicks had not been particularly good. However, in the 1985 draft, all that could change. The consensus first pick was a dominant center who had just graduated from Georgetown University, Patrick Ewing. The Knicks entered the draft lottery and won the first pick in the draft. AS soon as the lottery was over, fans, Knicks front office, and Ewing himself already knew he would be a Knick. Ewing would have his number 33 jersey retired after using it for the Knicks for 15 years. Although Ewing was never able to bring back the Larry O'Brien trophy back to New York, he would help the team find its most glorious days since 1973, appearing in the finals in 1994, the first time since then. Ewing's performances were so good during the 90's that he was often compared to Willis Reed. During Ewing's tenure with the team, the Knicks would develop a rivalry with the Indiana Pacers, playing legendary games and series.

The Knicks did not have a particularly talented team. Some new pieces together with an older and injury plagued Patrick Ewing, the franchise would barely make the playoffs, finishing in 8th place in the Eastern Conference. However, come playoff time, the team transformed itself. They beat the number one seeded team, the Miami Heat, and ended up advancing to the Eastern Conference Finals, to play a classic matchup versus the Pacers. Patrick Ewing fell victim of a tendon injury that would take him out for the rest of the season. Everything seemed lost, but somehow the team managed to advance to the NBA Finals, the lowest seeded team to do so. Although New York would eventually lose to a rising dynasty, the San Antonio Spurs, Knicks fans hold the 2000 squad very dearly in their hearts, as they were huge underdogs that went really far. At the end of the season, Patrick Ewing would be traded and retire a couple of years later, finishing his time in the league.

The team had had a quite turbulent period since 2000. Fired coaches, protests in the garden, unsuccessful draft picks, and unfruitful playoffs trip did not make life easy for Knicks fans. However, in 2011, hopes were high that all that would change. The team had signed powerful big man Amar'e Stoudemire who was putting up a show for people at MSG. To add to the excitement, the front office traded for NBA All-Star Carmelo Anthony, who in addition to being a skillful scorer, had been very successful playing at Syracuse University in upstate New York. With that core, the team would make the team would make the playoffs for the first time after a while in 2011. Although with Carmelo the team had the biggest success since 1973, they never made a trip to the finals. Carmelo would eventually be traded away to Oklahoma, and the team would start the rebuild process again, which still seems to be going on today. 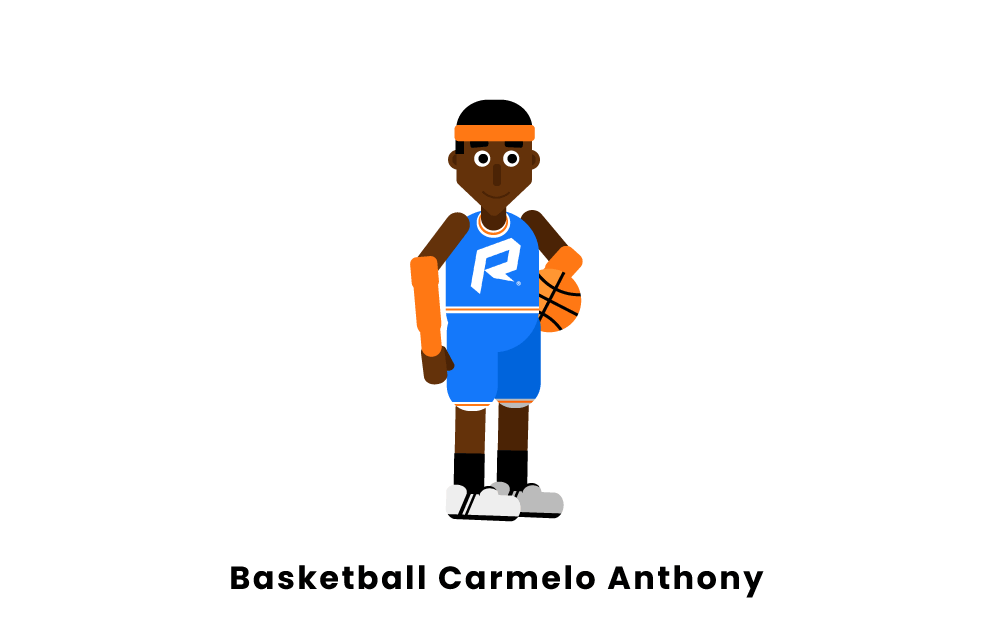 Take a look at some New York legends that have had their jerseys retired by the Knicks: