The New Orleans Pelicans are an NBA team based in New Orleans, LA. The Pelicans play on the Western Conference, and on the Southwestern division. The timeline of the Pelicans is a little weird, and so there are two years which can be said to be the team's foundation: 2002, and 1988. That is because the team was established in Charlotte in 1988, but moved to New Orleans in 2002. Also, another franchise would eventually be housed in Charlotte, which would keep the tradition by also bearing the "Hornets" name. After a few seasons in New Orleans playing with the Hornets name, the franchise decided to honor the state of Louisiana by adopting the name of its official state bird, the Pelicans. The Pelicans have never been consistently good in their history. They never made it to the NBA finals and haven't really been particularly successful in the playoffs either. The Pels have an affiliated G-League franchise, called the Erie BayHawks, which began operating in 2019.

The team's primary colors are midnight blue, red, gold, and silver. Many consider these to be between the best color schemes in the NBA, and team's uniforms are notoriously good looking. All the team's identity aims to mimic New Orleans' culture, and to honor it. The Pelicans' owner is also a well known part of the city of New Orleans. Gayle Benson is the owner of the city's beloved NFL team, the New Orleans Saints. Benson's team plays at the Smoothie King Center, where Pierre the Pelican, the team mascot, interacts with the fans and gets the crowd excited.

In the late 1990's the Charlotte Hornets were a fairly successful NBA franchise. However, the team's attendance was notably low. The city of Charlotte was not fond of the team's owner, George Shinn, who was involved in a sexual scandal in the city. The feeling was mutual, Shinn was not very happy in Charlotte either, he wanted to build his team a new arena using public resources to pay for it, a plan that was denied by the city's government. With the marriage between Shinn and Charlotte each time more unhappy, both parts finally divorced, Shinn moved the team to New Orleans in 2002. Charlotte was promised a new NBA franchise in the future, one without Shinn. They would get the Charlotte Bobcats in the future, who would later be renamed Charlotte Hornets, as it is still today. New Orleans had had a professional basketball team, which moved to Salt Lake City in 1979 to become the Utah Jazz. Curiously, the New Orleans Hornets' first game was against the Jazz themselves.

The New Orleans Pelicans history is directly connected to those two other franchises mentioned, the Charlotte Hornets, and the Utah Jazz. The Pelicans were originally based in Charlotte, and the Jazz in New Orleans. Sometimes is hard to understand where a team's history ends and another team's begins. A proof of that is Pete Maravich's retired jersey by the Pelicans. Pistol Pete was very successful playing for the New Orleans Jazz, and also had his jersey retired by the Utah Jazz. However, he didn't play a single minute for the Charlotte Hornets.

In their first few seasons in New Orleans, the Hornets were a quite competitive team, consistently making it to the playoffs. However, some key players got injured during the 04-05, and the team posted a terrible record. On the bright side, the bad season led to a 4th pick on the 2005 NBA draft, which the team used to select point guard Chris Paul. Paul would be named Rookie of The Year, however it would take a while for him to be able to shine in the city of New Orleans, as the team played away from the city in his first two seasons with the team.

The feeling of hope in drafting a promising point guard in the draft contrasted with one of the darkest moments in the history of New Orleans. Hurricane Katrina had hit the citizens of New Orleans hard and caused devastation city-wide. Due to the damage caused by the hurricane to the Hornets' arena and surrounding area, the Hornets were unable to play their home games in New Orleans for all of the 05-06 and 06-07 seasons. The franchise ended up temporarily moving to Oklahoma City for two seasons. It can be said that the team's time in Oklahoma was a fairly successful experiment. Having an NBA team play in the city boosted the idea of having a permanent NBA franchise in Oklahoma City. A few years later the Seattle Supersonics would relocate there. The Hornets quick relocation is proof of the power and devastation caused by Katrina to New Orleans. The city was tremendously affected by it, and continues to be affected to this day. 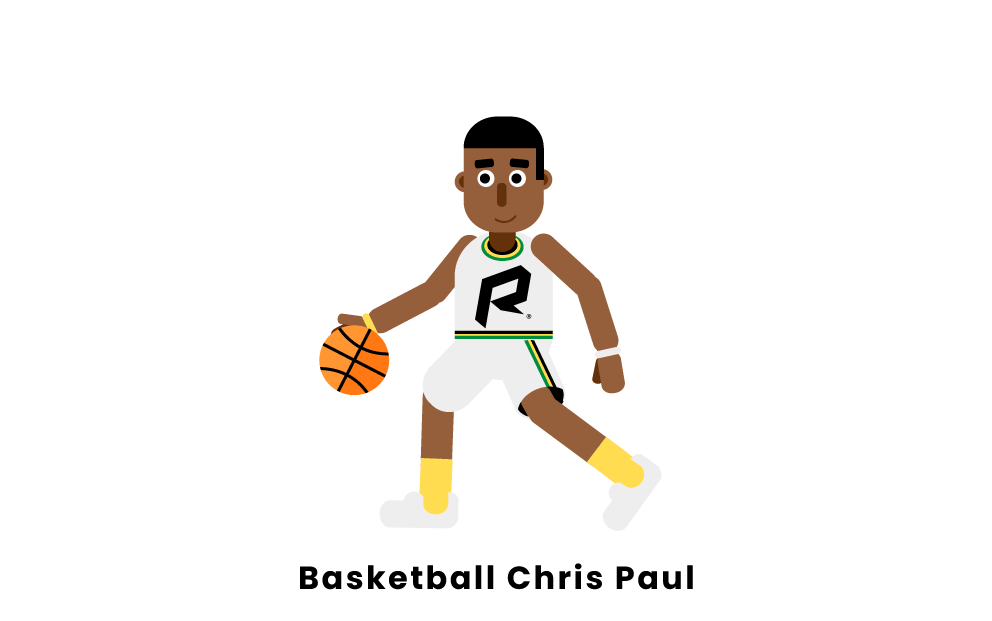 The Hornets' owner George Shinn was in a complicated financial situation. He was looking to sell his New Orleans based team to someone else. Yet, selling the team was not as simple as Shinn hoped for, and the process proved not to be an easy one, and no suitable buyers were found. This left Shinn in a complicated situation, as he did not have enough money to keep running the Hornets much longer. With and unprecedented situation in its hands, the NBA was forced to buy the team from Shinn. Having the league itself operate the team was a weird thing. There were some controversial episodes in that time, most famously the Chris Paul trade.

Chris Paul, at the time one of the best point guards in the NBA, had asked to be traded to either the Knicks or the Lakers. The team's front office agreed on a trade with the Lakers, who already had an exceptionally talented team. The trade was vetoed by the NBA's commissioner David Stern. Stern argues that he had the power to veto the trade since the league was the Hornets owner, but many say he acted to avoid the assembly of a super team in Los Angeles that would leave the league unbalanced.

The Hornets had finally found a suitable owner: Tom Benson. Benson was a local who owned the city's beloved NFL team, the New Orleans Saints. Benson was a local who was perfect for the Hornets. As soon as he acquired the team, Benson made clear that he planned to rename and rebrand the team to make it more "New Orleans". The chosen name was the Pelicans, and the team identity was built to represent the city's culture.

A new owner, a new name, and a new identity, the Pelicans were now extremely different from the original team, the Charlotte Hornets. Another episode would consolidate 2012 as a new beginning for the franchise. The Pels would get the first pick in the NBA draft and select their new franchise player after Chris Paul's departure, Anthony Davis. Davis would evolve to be an MVP level player, and carry the New Orleans Pelicans. Davis would never have much help though, and he would eventually follow Chris Paul's footsteps, and request a trade to the Lakers.

After 7 years with the Pelicans, Anthony Davis had had enough of the Pelicans organization. Davis wanted to join LeBron James in the Los Angeles Lakers to form one of the best rosters in the NBA. His wish was conceded, and the team traded Davis to the Lakers for a package with some of Los Angeles' best young players. It seemed that another rebuild period faced the Pelicans in the next few years, as they had just lost one of the league's best players. But things turned out to not be that bad. The Pelicans unexpectedly won the Draft Lottery and selected Zion Williamson with the first pick. Williamson has showed every sign that he has the potential to be the NBA's next superstar. Expectations are high for Zion's career with the Pelicans all around the world.