The Minnesota Timberwolves are an NBA team based in Minneapolis, MN. The team plays in the Western Conference, and in the Northwest division. The Timberwolves were founded in 1989, when the NBA decided to expand. One of the four new cities chosen to host teams was Minneapolis. Since 1989, the Wolves have seen some pretty rough times, and were never able to win an NBA championship or make it to the NBA finals. However, people in Minneapolis are very proud of their local teams, and always attend the team's games at Target Center. When going to the arena located in downtown Minneapolis, fans can be sure to see Crunch the Wolf, the team's mascot, interacting with fans and exciting the crowds.

The Timberwolves' colors are midnight blue, aurora green, lake blue, moonlight grey, and white. The team's owner is Minnesota businessman Glen Taylor, who also owns the city's WNBA franchise, the Minnesota Lynx. Taylor recently bought a G-League franchise in Iowa that will serve as the TImberwolves affiliate, the Iowa Wolves. Coaching Taylor's team is head coach Ryan Sounders. Ryan's father was Flip Sounders, who coached the Timberwolves for a combined 11 seasons. Sounders got fired from Minnesota but would end up having a successful tenure as the Pistons head coach. Flip would return to Minnesota in 2015 but unfortunately died during his first year back coaching the Timberwolves. Flip Sounders' legacy lives through his son Ryan, who follows his father's footsteps.

Minneapolis had had a very successful professional basketball team in the past, the city housed the Minneapolis Lakers, who won 5 titles, until they moved to Los Angeles and became the Los Angeles Lakers, a current NBA team. With that glorious past, Minnesota seemed as a logical choice when the NBA decided to expand to 4 new cities in 1989. A vote between two names was made, Polars and Timberwolves, and the second one won. As any other expansion franchise Minnesogta would struggle on their first few seasons. The team would not make the playoffs in any of their first seven seasons.

Glen Taylor, a former senator for the state of Minnesota acquired the Timberwolves in 1994. The sale also included the team's arena, the recently renovated Target Center. Taylor is still the majority owner and acting governor for the Timberwolves, even serving as director of the NBA's board of governors. However, his time with the team hasn't been all smooth, Taylor got suspended for a whole season for violating the league's contract rules.

Until this point, Minnesota had not been successful at al. The team had never had a playoff season, and had been overall one of the worst teams in the league. Even though the team was under new leadership, the fans had not much reason to be very optimistic. However, their luck was about to change with the 1995 draft. The Timbs' front office would draft high school superstar Kevin Garnett. With Garnett, the Minnesota Timberwolves would be competitive for the first time in history. KG, as he would be known, would build a reputation in the league as one of the best players in the 2000's and even win an MVP award, however he would never be able to make the leap to the finals, and eventually would get traded to Boston Celtics, where he would win his sole title. Garnett would come back to Minnesota at the end of his career, retiring with the franchise that drafted him. 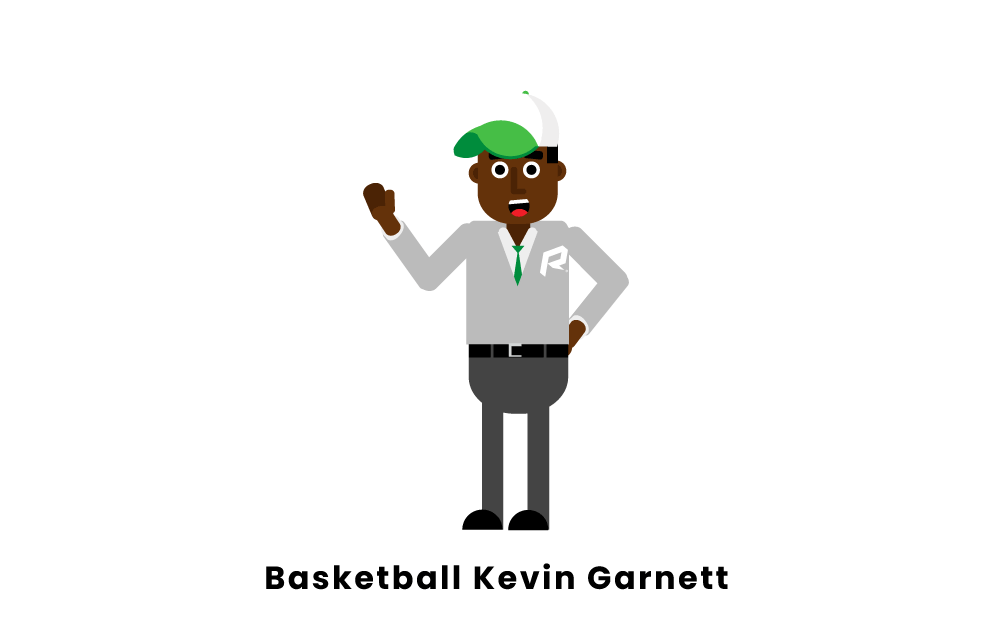 Still with Garnett on the roster in 2004 the Timberwolves would reach the postseason for the last time before a very long drought. The team would only reach the postseason again in 2018, marking one of the longest losing streaks in sports history. The bad seasons after 2004 would leave the team into rebuilding several times, which included trading Kevin Garnett in 2007. Although having good players over the years, Minnesota would never have a star as big as KG, and to this day they still fight to consistently make the playoffs.

In the process of rebuilding, the Minnesota Timberwolves would trade for forward Kevin Love of draft night. Love, who was one of the best prospects in the class would soon prove to be the franchise's next step, developing into a skilled big and a true All-Star. Kevin Love was the team's biggest name since Kevin Garnett, but would never be able to take the Wolves to a playoff appearance. Love would end up having a pretty similar faith as his predecessor, Garnett. Due to the lack of success, Kevin Love would be traded to Cleveland to join LeBron James and the Cavs in 2014. Like Garnett, he would also win a title away from Minnesota. Trading Kevin Love would sent the team into rebuild once again. They finished the following season with the worst record in the league.

On a positive note, terrible seasons lead to high draft picks. The Minnesota Timberwolves had been bad for long, and so had had the chance to select high in the NBA drafts. In 2017 the team had a promising young core with Zach Lavin, Andrew Wiggins, and Karl Anthony-Towns, who would evolve into an All-Star Center. Before the start of the season, the front office trade Lavine and a few other pieces to Chicago for established scorer Jimmy Butler. Butler was the leader the team needed, and a possible mentor for the team's young core. Butler led the Wolves to their first playoff appearance since the 2004 season, making the franchise competitive for the first time in a while. However, Butler's time in Minneapolis would end soon, he had a bad relationship with management, coaches, and his teammates. Butler would end up traded to Philadelphia, and the Timberwolves found themselves in rebuild mode again, this time around center Karl Anthony-Towns.