The Milwaukee Bucks are an NBA team based in Milwaukee, WI. The Bucks play on the NBA's Eastern Conference, and on the Central Division. The Milwaukee Bucks are one of the oldest teams in the NBA, being founded in 1968 as an expansion franchise in the NBA. LIke all teams in the NBA, throughout its long story the Bucks have had ups and downs, with very successful seasons and MVP winners, but also some tough rebuilding moments. One of these celebrated players who were are a part of the organization Lewis Alcindor, who would later be known as Kareem Abdul-Jabar. Alcindor would be a part of the team's only NBA championship season, back in 1971.

The official team colors for the Milwaukee Bucks are "Good land green", "Cream city cream", "Great lakes blue", black, and white. These were chosen rather recently, when the team when through a rebranding that changed the franchise's logo, primary colors, and visual identity. The new identity transformed the Milwaukee Bucks into one of the teams with the best visuals in the league, and all jerseys are fan favorites. People attending the games on the Fiserv Forum have the chance to interact with Bango the Buck, the team's mascot who has been a part of the organization since 1977. The Milwaukee has a group of four majority owners, who all technically have the same power. They are Wes Edens, Mars Lasry, Jamie Dinan, and Mike Fascitelli; with the team's governor being Marc Lasry. Lasry's front office hired Mike Budenholzer to be the franchise's coach in 2018. Coach Bud, who had already won a Coach of The Year in 2015, would transform the Bucks into one of the best teams in the Eastern Conference and be a key factor in elevating a young star, Giannis Antetokounmpo, into the best player in the league. His accolades would lead him to another Coach of The Year award in 2019.

In 1968 the NBA awarded a group of businessmen based in Milwaukee the right to create a new franchise, which would be based on their hometown. It was not the first time the city had a professional basketball team, the Milwaukee Hawks had played four seasons in the city 13 years prior, until they moved to St. Louis. As it happens with most expansion franchises, the new team did not do well in their first season. Due to their terrible record, the Bucks were awarded the first pick in the 1969 draft. The 1969 first pick on the draft would be one of the easiest choices in basketball history, the Milwaukee Bucks picked the most celebrated college basketball player ever, Lew Alcindor, out of UCLA. Alcindor would forever the NBA, and the franchise's future. After Lew Alcindor and with some other pieces, the Bucks would find success rather quickly. Lew would average 29 points and 15 rebounds in his first season already, proving how good he could be.

The Bucks had a rising star in Lew Alcindor. He would unquestionably be one of the best players the NBA had ever seen. In his first season with the Bucks Alcindor would help improve the team's record by 29 wins from the previous season, and in the playoffs the team would advance all the way to the Eastern Conference Finals, losing to the New York Knicks. Alcindor had proved his value, but the rest of the team was not good enough to reach the ultimate glory, winning the NBA championship. With that, before the 1970 season the Bucks shocked basketball fans by trading for one of the league's best point guards at the time: Oscar Robertson. The 1970-71 season would be only the Bucks' third season in the league, and their most successful to this day. Robertson and Alcindor would pair up to be one of the best duos in the NBA, with Alcindor winning the MVP award and the top scorer award. The Bucks would post the best record in the NBA and easily go through the playoffs into the NBA Finals. The Milwaukee Bucks would go on to face the Baltimore Bullets in the playoffs, sweeping the team to win the franchise's first and only NBA championship. By winning it all in their third season in the league, the Bucks were the expansion to win the NBA in the shortest amount of time after foundation.

Since their title in 1971, the Milwaukee Bucks had been to the finals once more, in 1974. That would be the last time the team would make it to the finals to this day. AT the end of that season, Oscar Robertson also announced his retirement from basketball, disassembling the Bucks most successful duo ever. In 1975, Lew Alcindor, who had now converted to islam and had been renamed to Kareem Abdul-Jabaar, requested a trade out of Milwaukee. Jabaar, who was from New York City, and had gone to college in Los Angeles, thought Milwaukee was to small for him, and wanted to go somewhere else with more culture and movement. Kareem really did handle the situation really well, asking to be traded in a very correct manner. However, for a player like Kareem Abdul Jabaar, no amount of picks or any player would be enough, but Jabaar's mind was set, he wanted out of Milwaukee. So in 1975 the Bucks unwillingly traded him to the Los Angeles Lakers. Kareem's trade is a league-altering moment in basketball history, as he would win 5 more rings in LA.

Losing one of the greatest basketball players of all time is not easy. However, the Milwaukee Bucks managed to still be competitive over the next few years. The new Bucks era started with the hiring of head coach Don Nelson. Nelson would stay in Milwaukee for a total of 11 seasons, in which he would win coach of the year twice. Nelson would soon be named the team's General Manager as well, and his trades and draft picks would keep the team competitive for the next decade. Nelson also had an innovative and modern style of play that influences NBA coaches to this day.

The Milwaukee Bucks had been one of the most consistent NBA teams since its creation. However, Milwaukee is still a small market, and the team played in the smallest arena in the NBA. The current owners were also looking to sell the franchise at the time. The lack of infrastructure in Milwaukee and the possibility to sell the team to out-of-towners presented a real chance the the team would leave Milwaukee. So, in 1985 future Senator Herb Kohl acquired the team, making sure it would stay in Wisconsin. The arena problem was also solved by a local sports broadcaster, who donated a new arena to the team, where the Bucks would play until 2018.

Head coach had left the Milwaukee Bucks in 1989, and after him the team faced a couple of rough years. 1999 marked the first time in seven years that the Bucks made into the postseason, in which they were easily defeated by the Indiana Pacers in the first round. The team's struggles had led to high draft picks, which the Bucks used very well. The 1999 playoff appearance was impulsionated by players drafted during the 90's, when the team wasn't successful. More specifically, Ray Allen and Glenn Robinson were some of the team's best draft picks, and adding to it there was guard Sam Cassell, who was acquired from the New Jersey Nets. This nucleus would take the team back into playoff competitiveness over the next couple of years, and would reach the Eastern Conference Finals in 2001. However, the big three would soon split up, not being able to have long term success in Milwaukee.

From 1999 to 2013 the Milwaukee Bucks had very inconsistent seasons. The team changed players and went through rebuilds several times, but would eventually earn a playoff spot once in a while, without ever having true chances of winning a title. The 2013 draft brought the Milwaukee Bucks a rather unexpected gift in 15th pick, Giannis Antetokounmpo. The Greek Freak, as he would eventually be known, can easily be considered the team's best draft pick ever, competing with that of Lew Alcindor back in 1969. Giannis would win the NBA's Most Improved Player Award in 2017, and developed into one of the league's consensus top 5 players. The greek would win the MVP award in 2019, and hopes are high that he will be the one to take the team where it hasn't been since Kareem left in the coming years, the NBA championship. 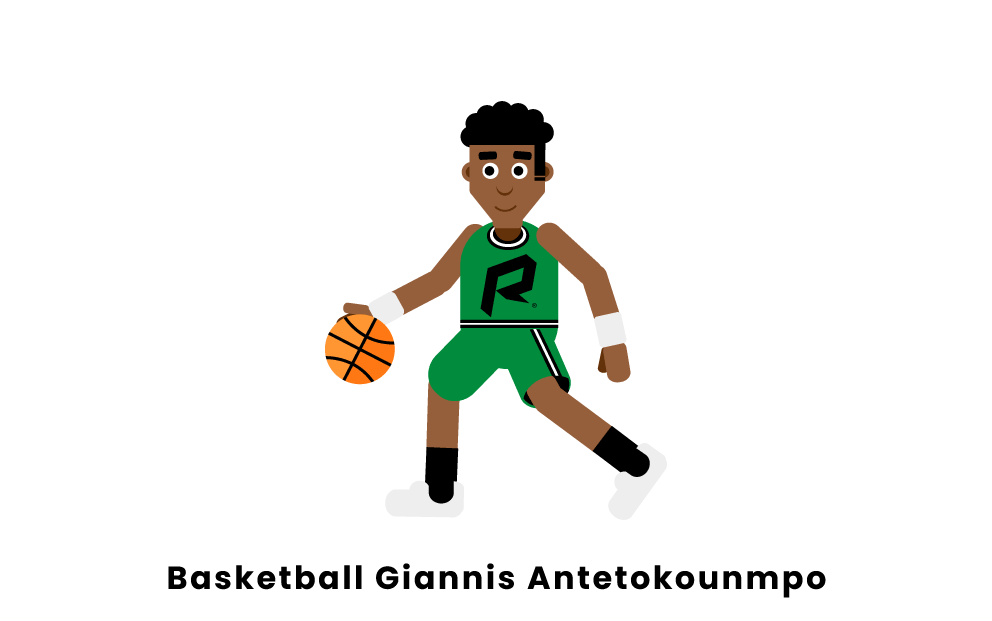 Check out the jerseys retired by the Milwaukee Bucks franchise to honor the best players in team history: